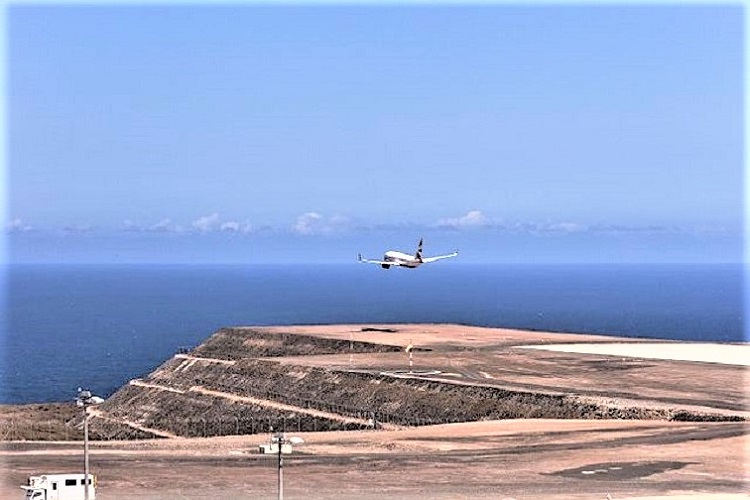 “Ladies and gentlemen, the captain has turned on the fasten seat belt sign. We are now crossing a zone of turbulence. Please return your seats, make sure your seat back and folding trays are in their full upright position. Please fasten your seat belts as we prepare to review the 13 most dangerous airports in the world.”

The 13 Most Dangerous Airports In The World 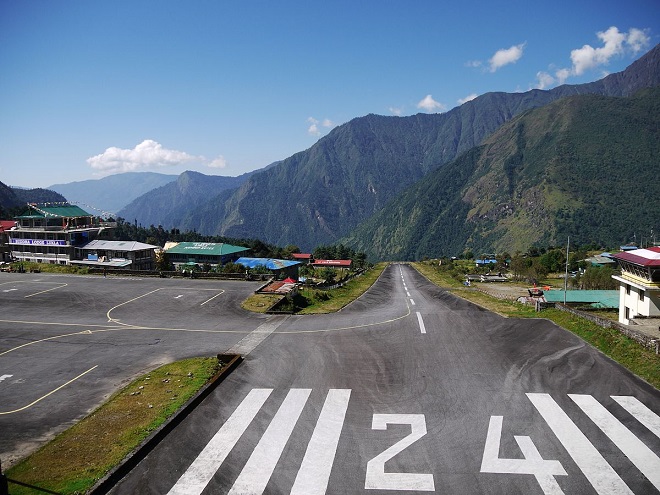 This airport, also known as Lukla Airport, is situated over 9,000 feet above sea level on the edge of a 2,000-foot high cliff. It has a runway of only 1,729 feet when most airports commonly have between 7,000 to 10,000 feet in length. The weather here is very unpredictable.

Sudden fog or snow is common. This airport has a history of crashes. Captains need special training and certification to use this airport. 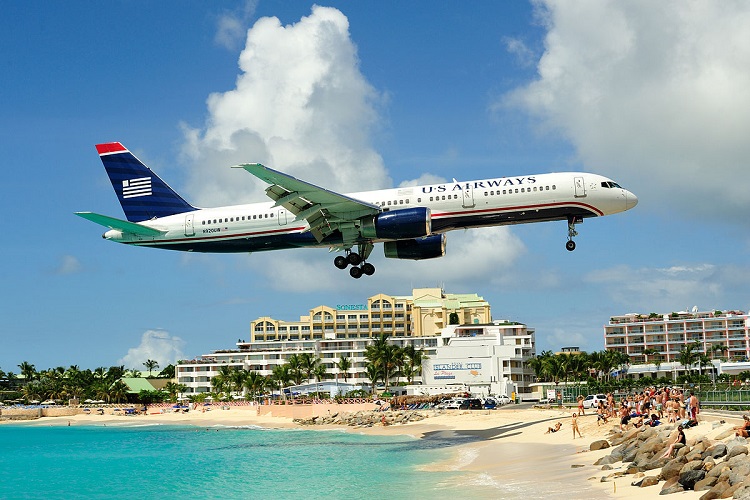 This airport is located next to a beach. Planes fly low enough to blast sunbathers with sand and wind when they arrive. Signs warn people that they could be knocked down and injured. The runway runs between the beach and the mountains and is less than 2,165 meters long. Indeed, a woman died from head injuries when she was knocked down while standing by the fence there in 2017.

As this goes to press, only 17 pilots are permitted to land only at this airport in the Himalayas, almost 2,244 meters above sea level. Its runway is less than 1,982 meters. Arrivals and departures are not permitted at night. Even then only the 17 pilots can keep a plane’s nose from touching the mountains. They must fly at a 45-degree angle to avoid hitting the cliff-top homes and successfully land.

The significantly short airstrip at this Portuguese airport, also known as Cristiano Ronaldo International Airport, is located between the ocean and cliffs. It’s extended with a total of 180 columns in the water in order to make it safer for aircraft to land. The Atlantic winds are the cause of turbulent landings which is why only a few pilots are permitted to land here. 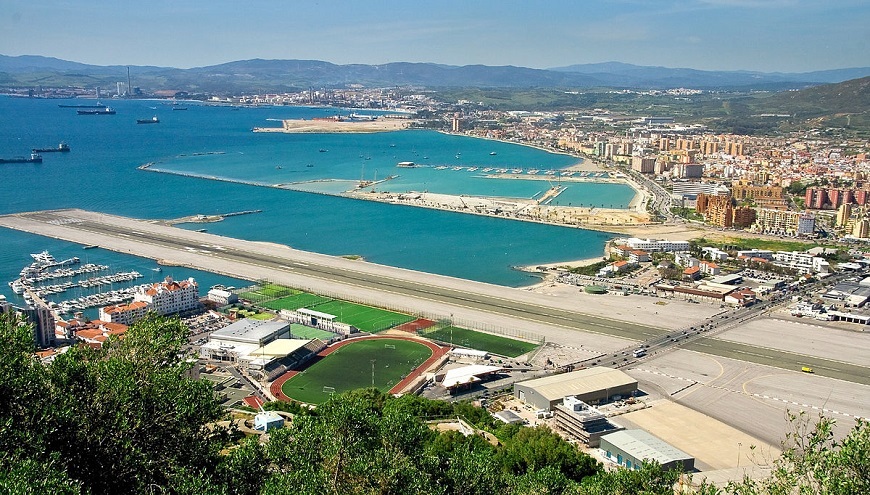 Experts confirm that pilots attempting to land here are literally flying “towards a monolith.” The airport’s runway is situated between a city and a rock and ends rather “abruptly” with the ocean on both sides. This means pilots have to hit the brakes the second the craft touches down. Plus, the runway reportedly runs right through a very busy road, thus the street reportedly must be “closed off” whenever a plane takes off or lands.

The Courchevel Altiport is located 1,981 meters above sea level. Here pilots must navigate such obstacles as valleys and mountains. This specialized airport here is less than 519 meters and is very steep too. It has a significant downward gradient of almost 19 percent that makes take-offs rather nerve-wracking. Flying during bad weather is also made dangerous her because unlike other airports, this one does not have the usual lighting. 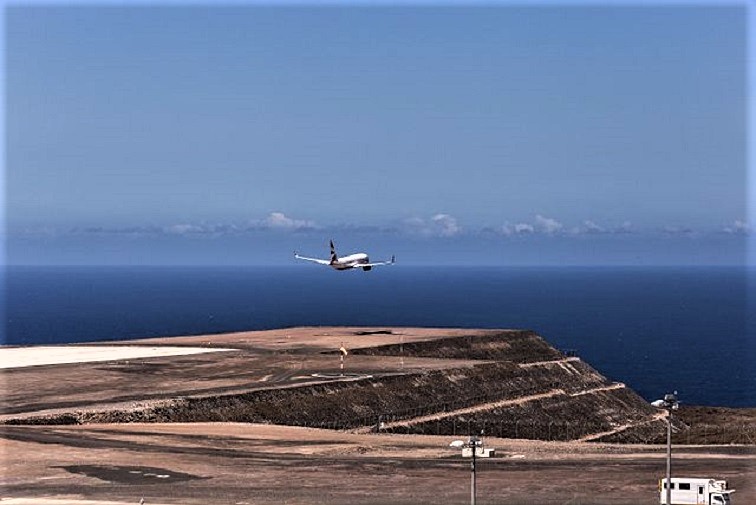 After the airport opened in 2015, authorities learned that the wind shears created too much turbulence to land planes there. Ocean winds hit the cliffs upon which the airport is located. It was now the “world’s most useless airport.”  Today only specially-trained pilots can land there and flights to the isle famous for whale sharks and trails are still rather rough. 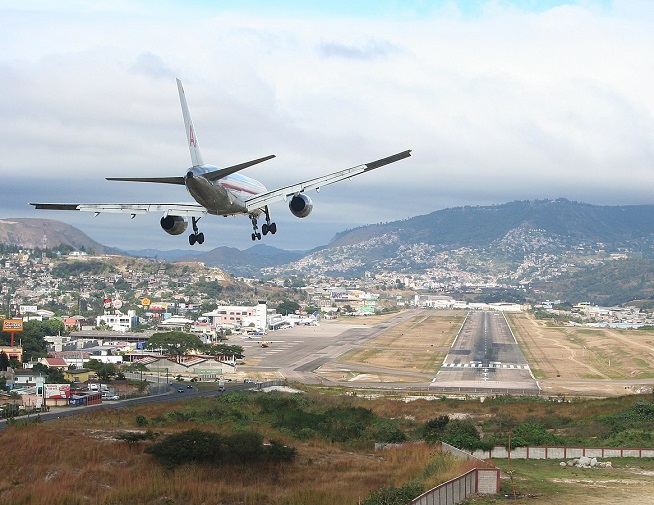 There have been a number of crashes here at this airport amidst the mountains. Here pilots must negotiate a 45-degree turn moments before touching down in the valley and steer through local neighborhoods to boot. Furthermore, if a pilot overshoots the 2,133-meter-long tabletop runway it could result in a fatal crash. That’s why a new airport in the Comayagua Valley, opened just last month, will be replacing this one. Indeed, the modern Palmerola International Airport features better facilities and a significantly longer as well. 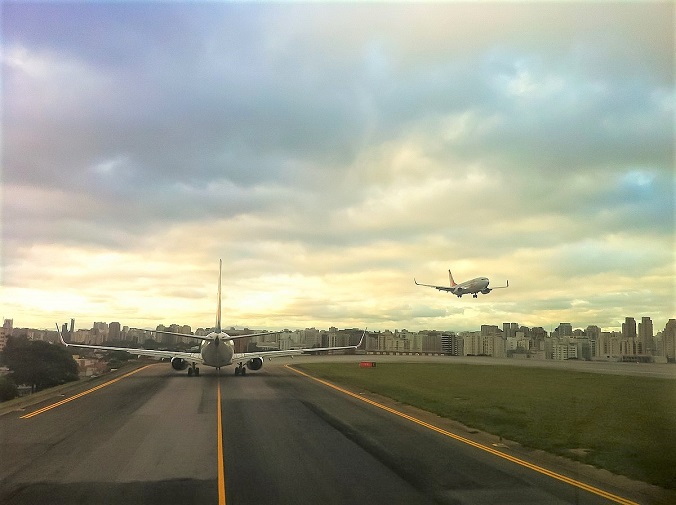 The runways of this airport in Sao Paulo are infamously short. Experts report the approach is “tricky” and the conditions are generally “slippery.” Plus, pilots must land very close to a city in the middle of rows and rows and rows of rooftops. A plane actually overshot the airport runway in 2007 and hit a warehouse and petrol pump. The crash killed187 people onboard and a dozen people on the ground as well. 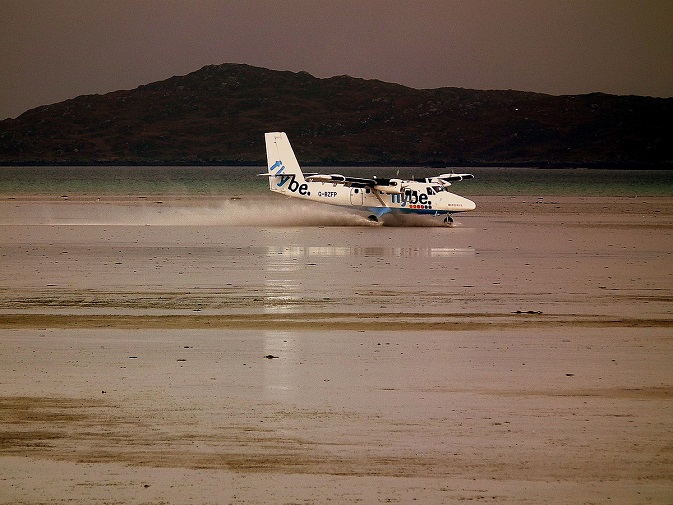 This airport, also known as Barra Eollgary Airport, is located at the northern tip of the well-known Barra island in the beautiful bay of Traigh Mhòr. Not only does this dangerous airport have a short runway, but some also say it is “the only airport in the world” to use an actual beach as a runway. 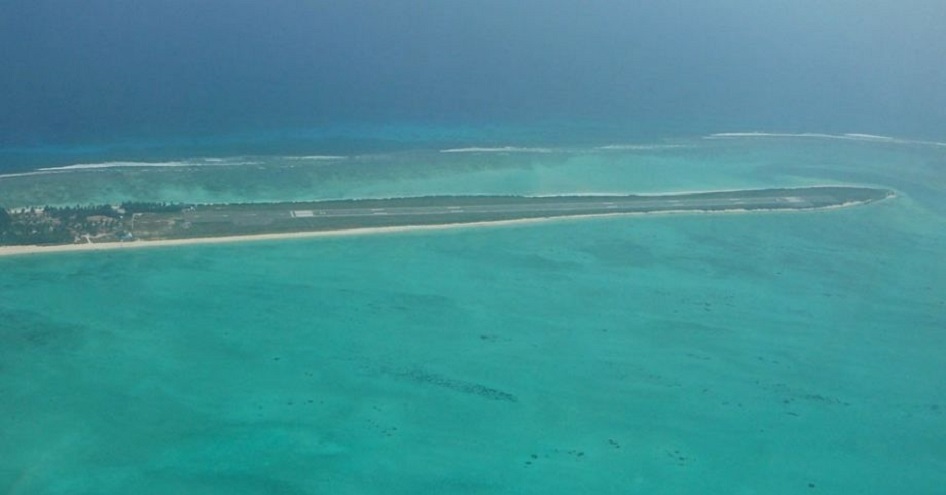 The Agatti Aerodrome can be found in the striking union territory of Lakshadweep, situated on Agatti Island’s southern end. In English, the Malayalam word Lakshadweep means “one lakh islands.” This is the only airport that serves all 36 tourist islands and is little more than a strip of earth in the sparkling blue water. It is less than 1220 meters in length. 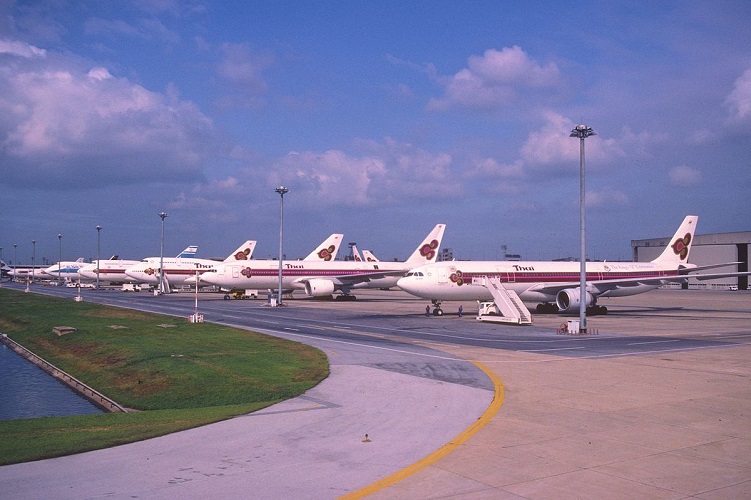 This is one of but two international airports serving Bangkok. Once named the Bangkok International Airport, this airport is nestled between a pair of popular golf courses. Naturally, landing and even taking off from this airport can be very dangerous for both those on the golf courses there. 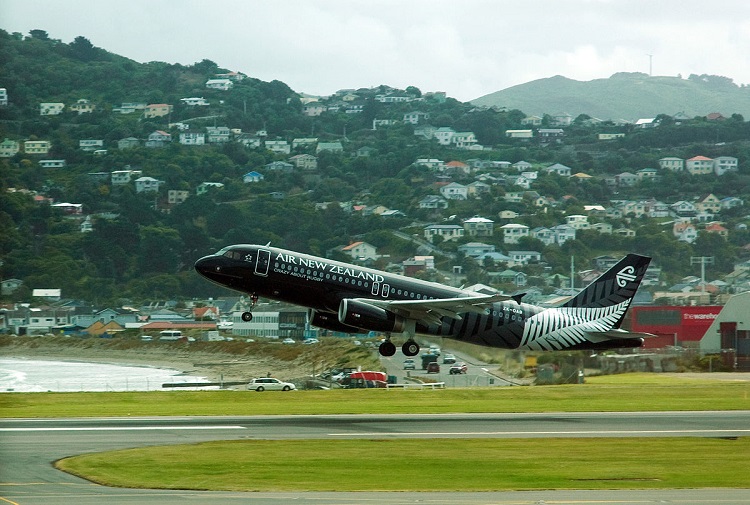 The Wellington International Airport can be found on the isthmus of Rongotai in the suburb of Wellington, the capital city of the island nation of New Zealand. Once named the Rongotai Airport, it is approximately 5.5 kilometers southeast of the heart of the city. Its runway is under 1,936 meters long and it appears to begin and end in the ocean. Thus, the pilot has to know the exact places to take off and land in order to avoid the water.