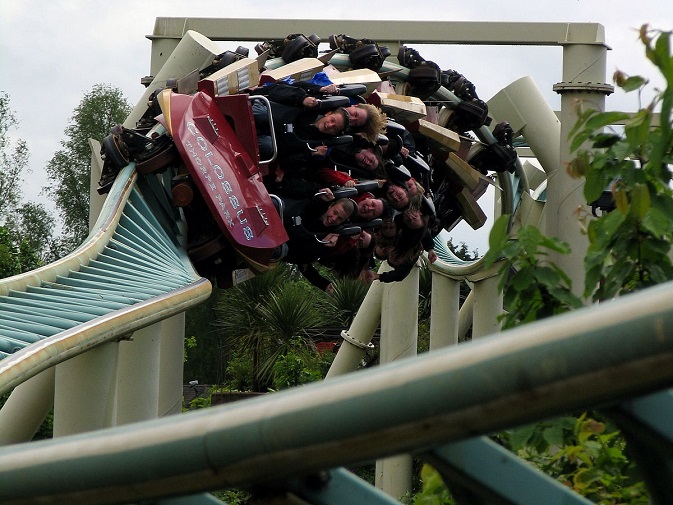 There are quite a lot of frightening things in the world today! Still, if you weren’t really scared enough by Halloween, A Día de los Muertos, Samhain, or Day of Dracula, then look no further, dear readers. We know just how to fill your next trip with thrills, chills, fright, and fun!

These really rockin’, rollicking roller coasters and related rides may not be for the faint of heart, but these scary rides are sure to be the highlight of your next amusement park adventure. So buckle up for safety and prepare to feel that riotous rush of adrenaline and the wind in your hair as we proudly present for your perusal 10 of the world’s scariest rides ever!

10 Of The World’s Scariest Rides Ever

You will find the steel Sky Scream roller coaster in Holiday Park, in Hassloch, Rhineland-Palatinate. This launched roller coaster was made in the USA. It has a layout much like that of the Six Flags Discovery Kingdom’s Superman Ultimate Flight in California.

Thus, it has several flips and inversions. It is 150 feet high and is known to some as a “rounder ride” because they claim it can “make your heart skip a beat.” Opened in April of 2014, it replaced the Super Wirbel. 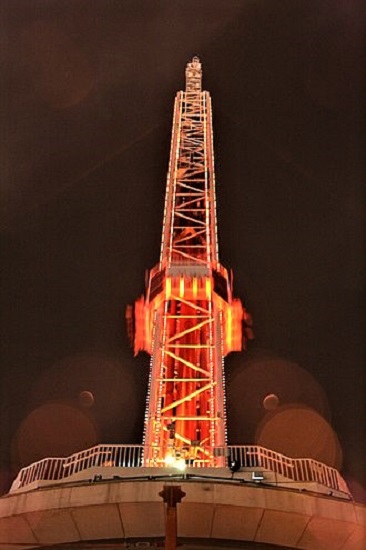 This Big Shot, located in Las Vegas, Nevada, is not at all related to American singer-songwriter Billy Joel or his 1978 hit song of the same name. This pneumatically powered atmospheric tower ride was once the official “world’s highest amusement ride” for its overall elevation. It was more recently surpassed by the noteworthy Sky Drop which is situated atop the famous Canton Tower in the capital city of Guangzhou, China. The tower ride is 160 feet tall and is located on the 921-foot high deck of the well-known Strat. 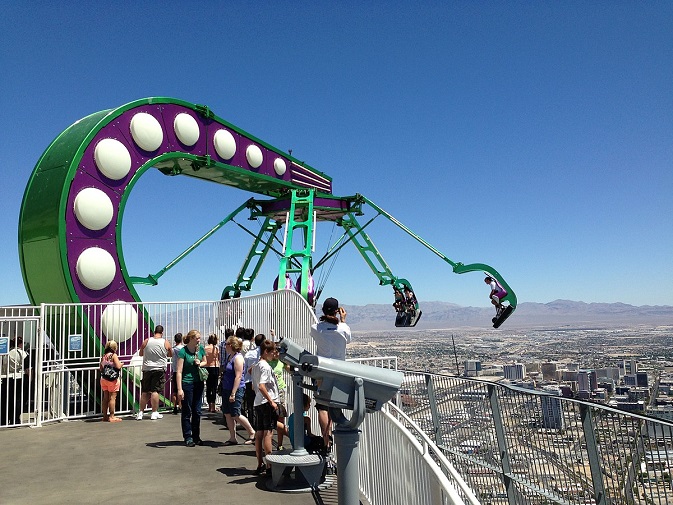 This aptly-named ride is another highlight of Las Vegas, Nevada, and can be found atop the Stratosphere. This thrill ride has a huge mechanical arm that extends 64 feet out over the very edge of the famous tower at a heady height of approximately 920 feet. The ride spins you out in the air at a reported speed of “up to three Gs” and a 70-degree angle straight down. The views of Sin City are said to be amazing but you will undoubtedly be too busy simply trying to catch your breath. 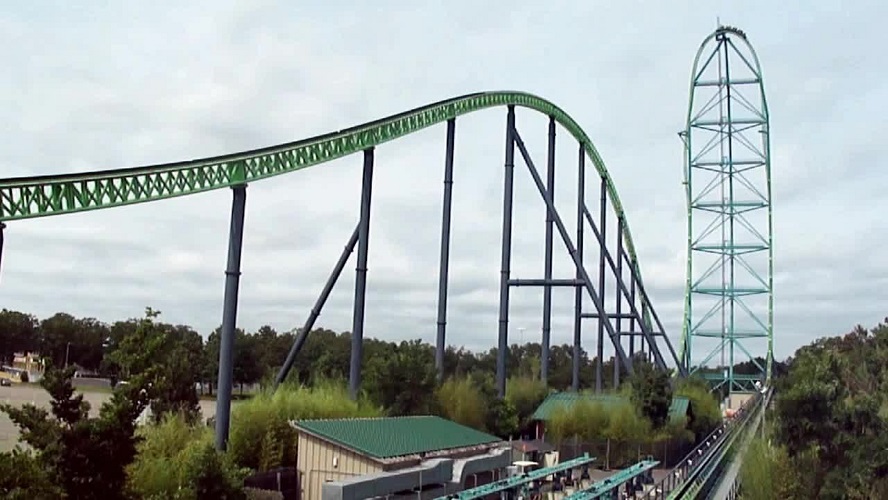 Need a reason to visit New Jersey other than the shore? Consider the colossal coaster called Kingda Ka in Six Flags Great Adventure in Jackson, New Jersey. As this goes to press, this is reported to be the second-fastest roller coaster in the world with a speed of up to 128 miles per hour. It is 456 feet high and treats passengers to a 90-degree drop of 418 feet. Some veteran visitors say it is a “must-do” for anyone who is “a total adrenaline junkie.” 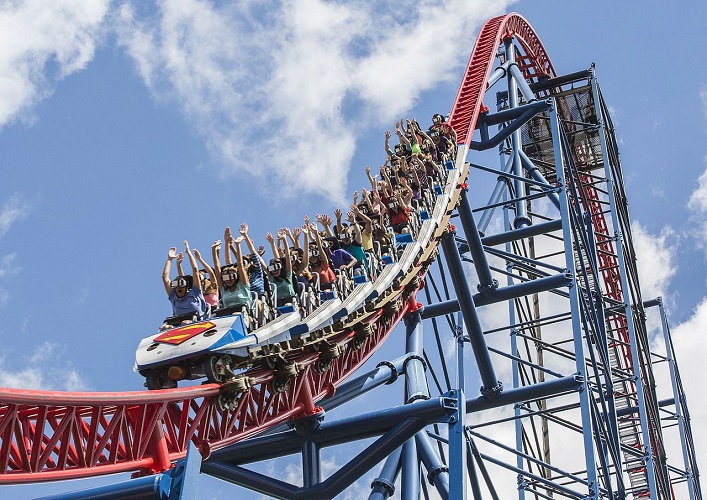 If you decide to experience the spirit of Massachusetts, be sure to stop in at Six Flags New England, in Agawam. For it is here you will discover Superman The Ride (previously known as Bizarro and Superman – Ride of Steel. The lift hill is 208 feet. It features over one mile of track and a 221-foot drop. Some say it’s “the best roller coaster in the world.” It might not really travel “faster than a speeding bullet”, but you might think so when you ride it.

Colossus is situated within Thorpe Park in Surrey, England. The steel roller coaster is reported to be the popular park’s very “first major attraction.” It stands almost 30 meters high and reaches speeds of 72 kilometers per hour.

The ride’s flips and loops will make your head spin. This roller coaster was the first in the world to include 10 inversions. The famous Smiler at Alton Towers in Staffordshire beat it in 2013. 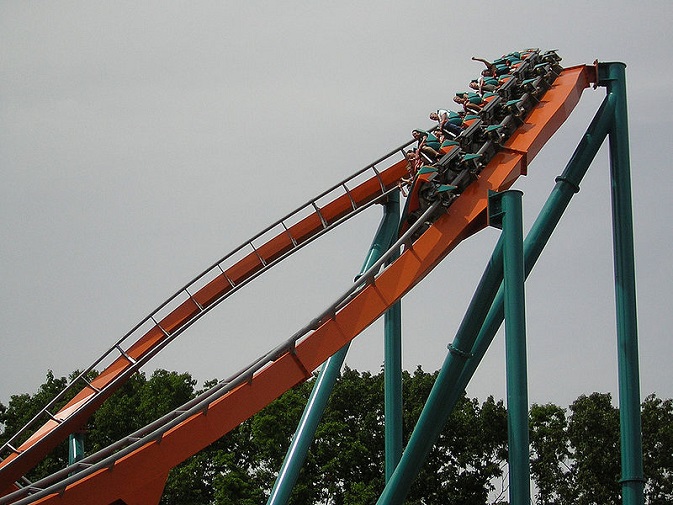 Opened in 2000, this superior steel roller coaster is located inside the Goliath Plaza area of the well-known Six Flags Magic Mountain amusement park in the city of Valencia, California. The park promotes this hypercoaster as the “first fourth-dimensional ride” on the planet. The ride is 235 feet high and features a drop of 255 feet. It travels at speeds of up to 137 miles per hour. The ride appeared in the third season of Entourage in Episode three, “Dominated”, as “Aquaman: The Ride.” 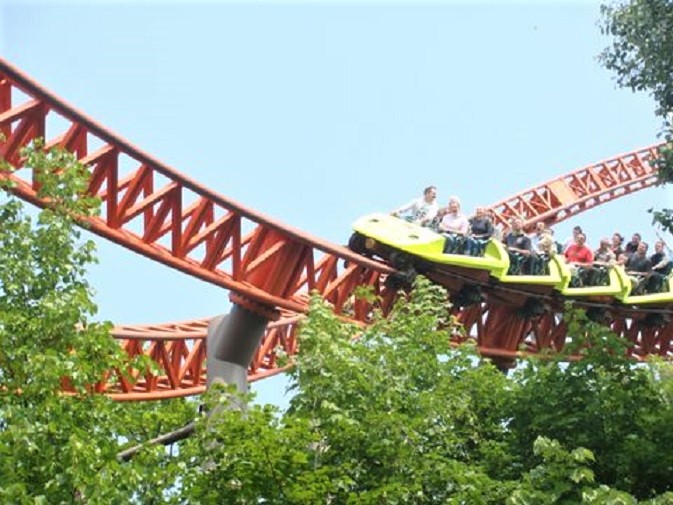 If you’re in Germany, be sure to ride this steel roller coaster ensconced in Holiday Park in popular Haßloch, Germany. It’s one of Europe’s biggest roller coasters and features a first drop of 82 degrees. It reaches speeds of up to 120 kilometers per hour and is 1.2 kilometers in length. Passengers experience weightlessness at seven different times. 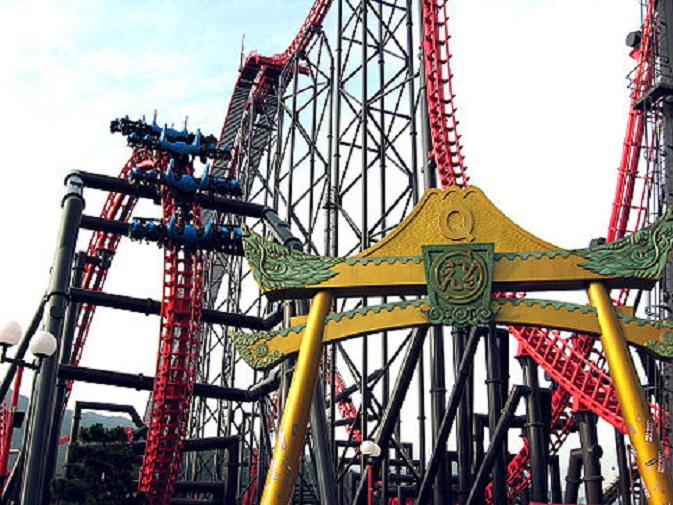 This is a stupendous steel fourth dimension hypercoaster. Located at the famous Fuji-Q Highland in Fujiyoshida, Yamanashi, it was the second 4-D hypercoaster in the world. In English, the name roughly means “hey, what the hell.”  Now you’ll know what the Japanese passengers behind you are shouting as you ride this 250-foot tall ride that features 360-degree turns. Designed by the American company S&S Arrow, it’s longer, faster, and taller than its more famous 4-D predecessor, X2 at Six Flags Magic Mountain (which was only dropped from our top-10 to add more of an international flavor to our list).

Next time you’re “deep in the heart of Texas”, be sure to search for the new Zero Gravity Thrill Amusement Park. Alan Putter, the company CEO said that although they were forced to close recently when “the landlord sold the [Dallas] property,” they are hoping to relocate the rides to “a new location.” If you ever do get the opportunity to visit, look for Nothin’ But Net. Hopefully, you will get the chance to experience a freefall of 100+ feet into a safety net below a 16-story tower.