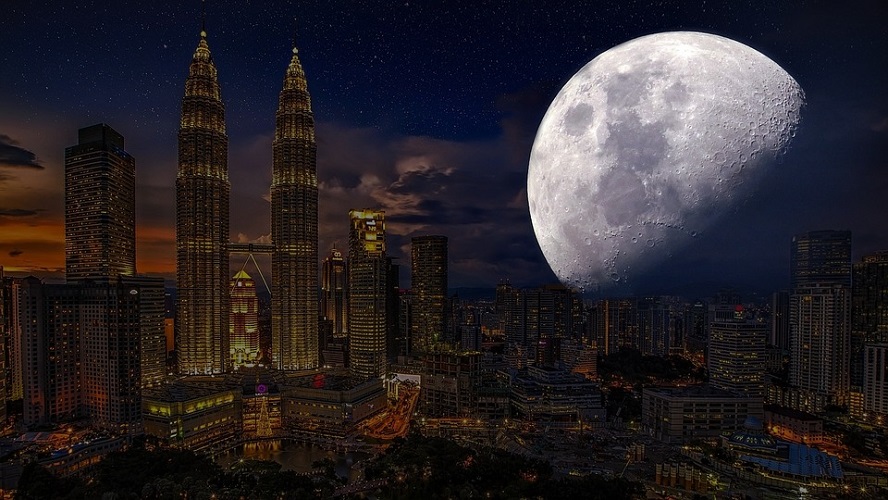 No one denies that the famous “7 Wonders of the World” were incomparable accomplishments. But we believe today’s world has some awesome accomplishments of its own. We have chosen some modern marvels of architecture based on their innovation, reputation, design and engineering levels, and seeming ability to defy the laws of physics. Here then, are 14 awesome architectural wonders of the modern world.

Architectural Wonders of the Modern World 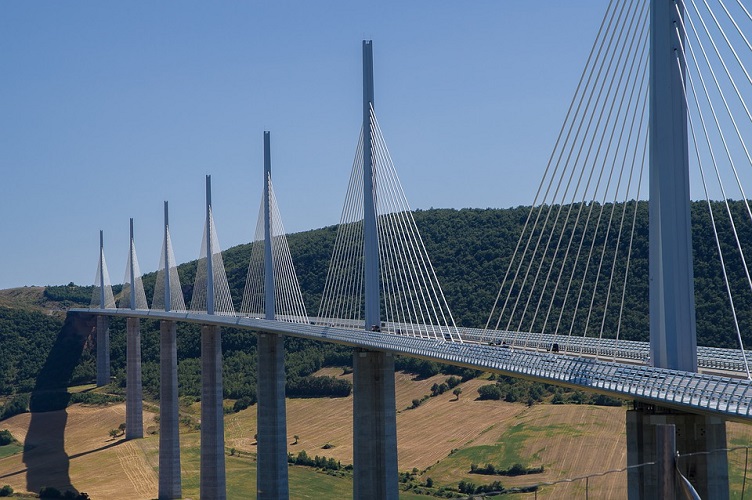 Travel to the River Tarn to see the world’s tallest bridge, the Millau Viaduct. Its mast towers as high as 343 meters from the structure’s base to the top. It might not be painted bright red-orange or appear in any X-Men movies but this bridge has an exceptional, airy appearance that makes it memorable. It is the work of architect Norman Foster and engineer Michel Virlogeux. 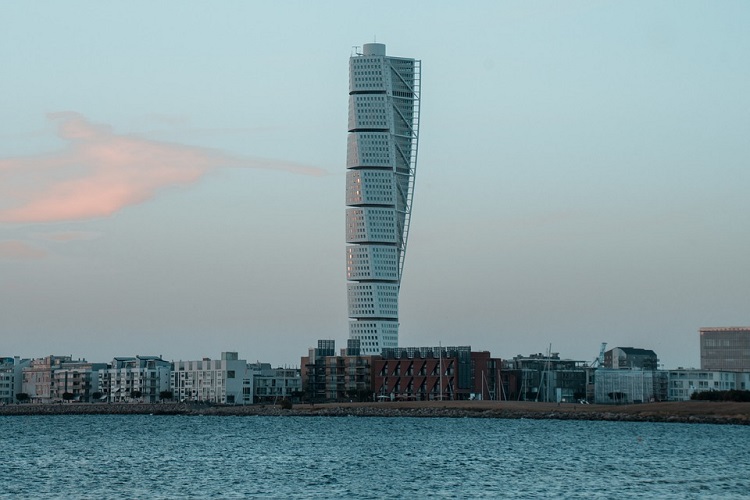 This neo-futurist skyscraper was designed by Spanish architect Santiago Calatrava. At a height of 190 meters, it is the highest building in all of Scandinavia. Designed to resemble a human spine when turning, it is essentially a group of stacked cubes that twist around a specific central point. From the bottom to the top the curvature of this residential building is 90 degrees. 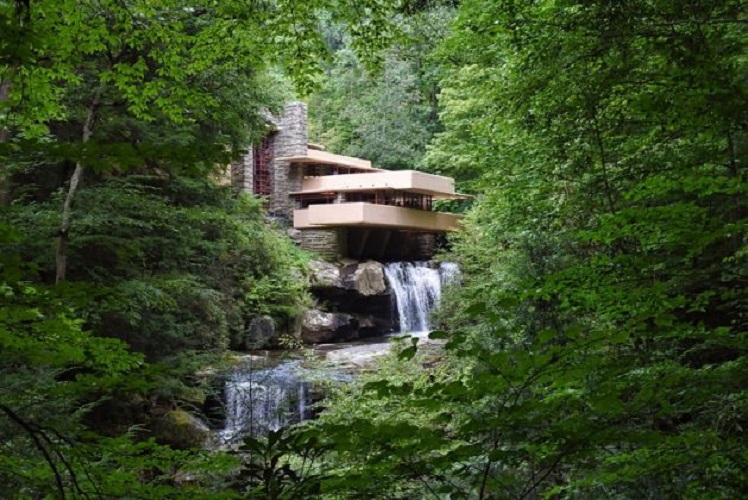 Regular readers know this house in Laurel Highlands, Pennsylvania is a favorite of fans of architecture. The Kaufmann Residence, Fallingwater, wasn’t meant to jump right out at you. On the contrary, architect Frank Lloyd Wright specifically built it to blend it with its natural surroundings. It actually appears to sit right on a waterfall amongst the tree boughs rather than touch terra firma. 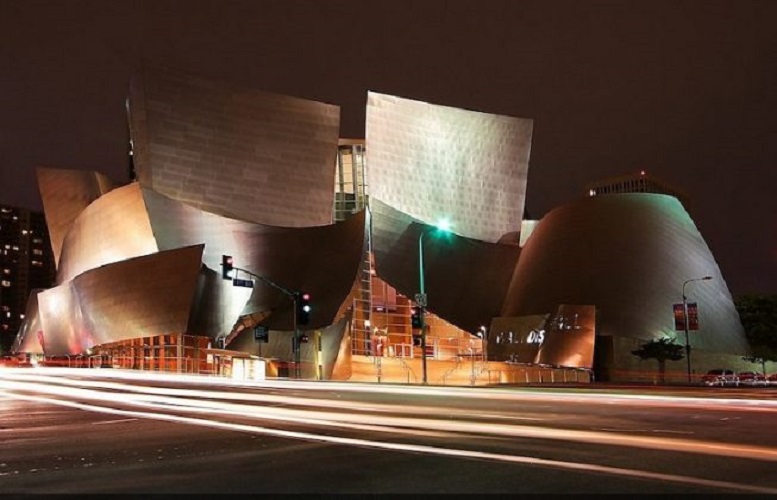 This distinctive structure on South Grand Avenue in downtown L.A. is the home of the exceptional Los Angeles Philharmonic Orchestra and the L.A. Master Chorale. The mouse’s magnificent music hall was designed by architect Frank Gehry. Despite being steel, the outside of the building has a playful, ultra-modern look. The interior includes “acoustically adroit hardwoods” as the experts occasionally say. 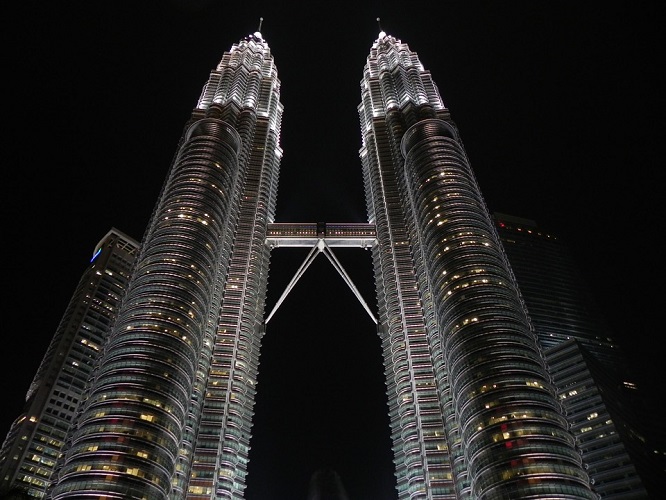 The Petronas Towers (well…) tower over the surging city of Kuala Lumpur. Designed by argentine-American architect Cesar Pelli, these towers were the tallest buildings in the world for a total of six years. Today they are still the world’s tallest twin structures. Although their height remains impressive, they also hold the record for the officially deepest foundation ever cut into soft rock.

Some travel writers say that each succeeding opera house seems to have a more sweeping, arching, neo-futuristic as the next one. Located in Valencia, this 70-meter-tall building features four different halls. It was built by local architect Santiago Calatrava and includes an interior that includes acoustics fit for all the performing arts, from opera to instrumental, and more. 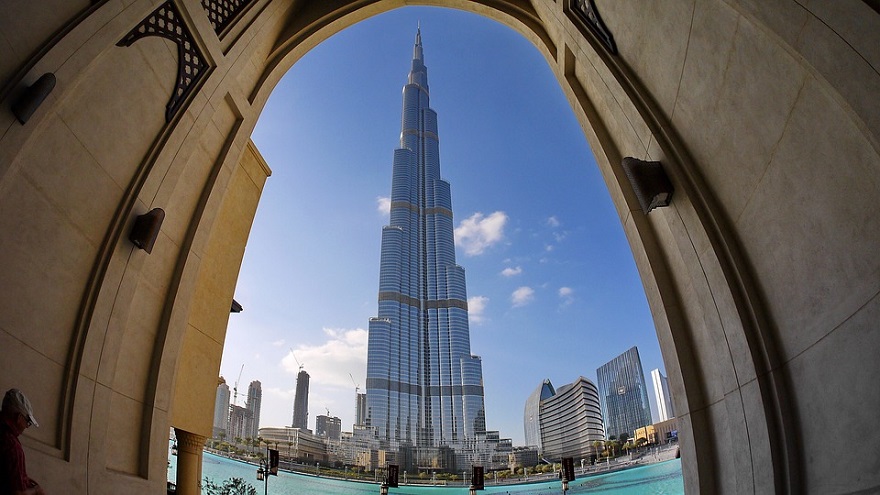 Located in Dubai, this is not only a center of international cooperation but the world’s tallest building too. It was designed by the Chicago-based architecture firm of Skidmore, Owings & Merrill LLP. They used an interesting triple-core design which was originally inspired by the Hymenocallis flower. Thus, the building is steady enough to have more than one observation deck. 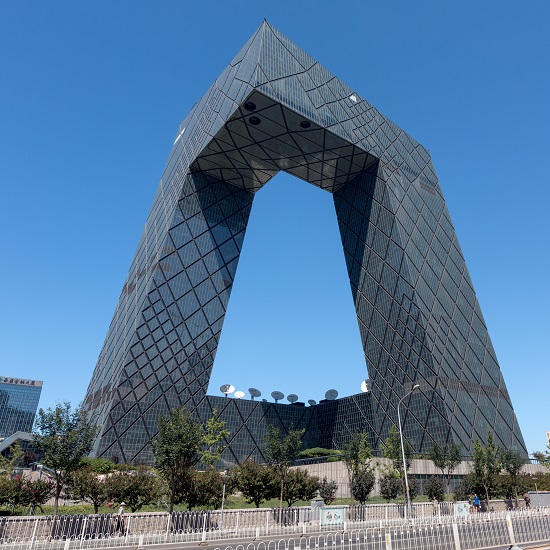 This structure in Beijing presents a study in plurality. It was created by architects Ole Scheeren and Rem Koolhaas and engineer Cecil Balmond who sought to make the building appear both sloped and angular, soft and strong, and small and large based on how one looked at it. The current headquarters of CCTV, it’s also what some call an “iconic anti-skyscraper.” 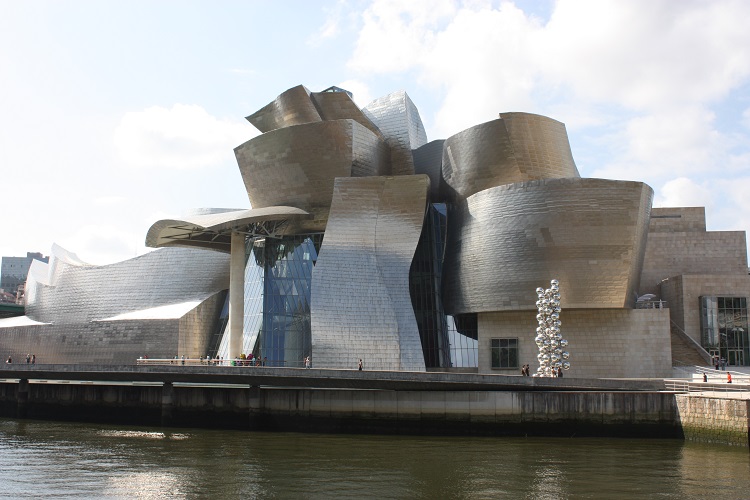 This massive museum in Bilbao is said by some to be “a work of art unto itself.” Designed by architect Frank Gehry, this striking structure on Avenida Abandoibarra is an impressive amalgamation of limestone, glass, and titanium that resembles a really random, odd assortment of several shapes although the method behind the madness becomes quite clear as you walk through the place. 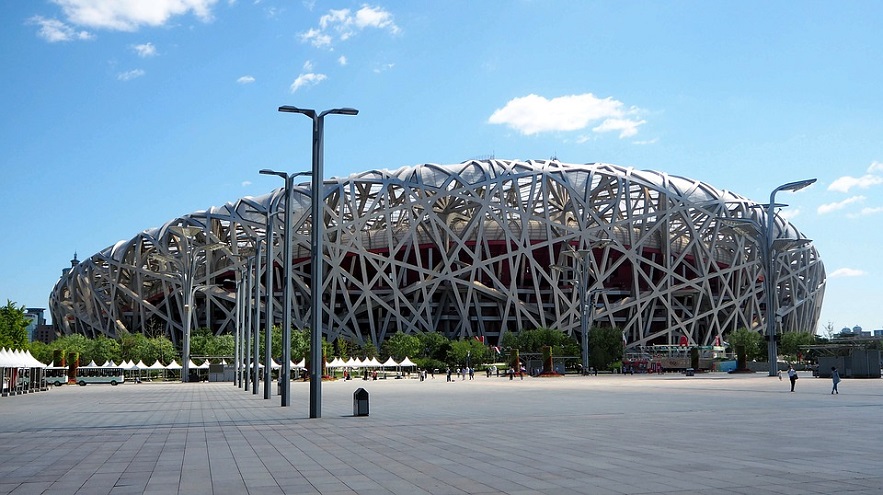 This stadium is located in Beijing. It is often referred to as simply “Bird’s Nest.” Originally conceived specifically for the 2008 Beijing Olympic games, it was designed by architects Li Xinggang, and Herzog, and Pierre de Meuron. Instead of employing a stylized, woven design, they chose to forego adornments and simply show the actual beams beneath it in a totally transparent design. 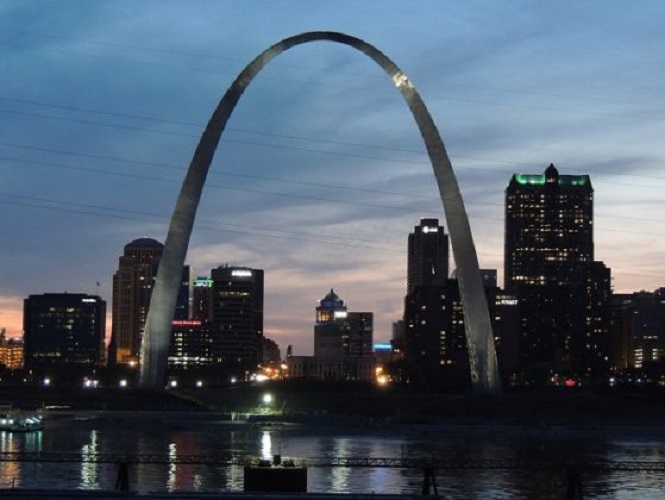 Some say St. Louis’ Gateway Arch is one of the few reasons to visit the state. The 630-foot high structure is both the tallest accessible building in Missouri and the highest man-made monument in the whole Western Hemisphere too. Designed by architect Eero Saarinen, this stunning steel rainbow was meant to be a revitalizing tourist attraction and took years to complete. 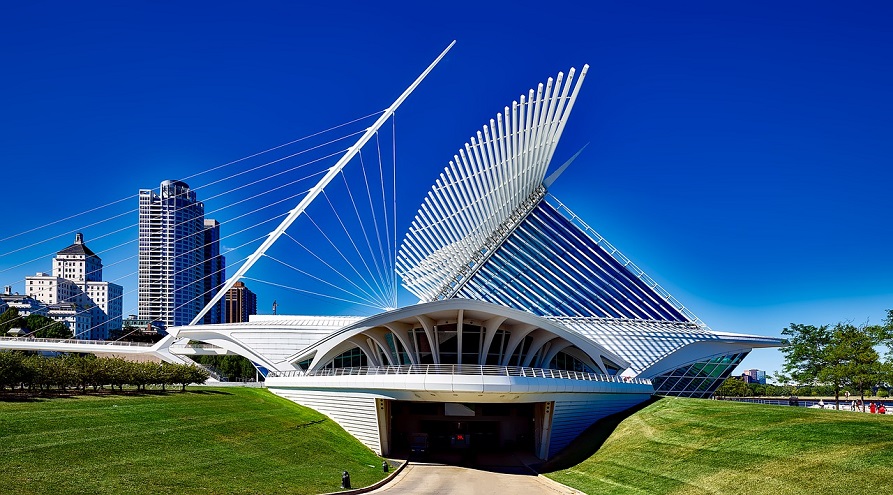 Situated in Milwaukee, Wisconsin, it is architectural evidence that too many cooks certainly do not spoil the broth. Indeed, in the case of architects Santiago Calatrava, David Kahler, and Eero Saarinen, many hands made light (and memorably distinctive) work. They were amazingly able to enmesh individual styles from the defensible and powerful to the light and sweeping in a manner most apt for art. 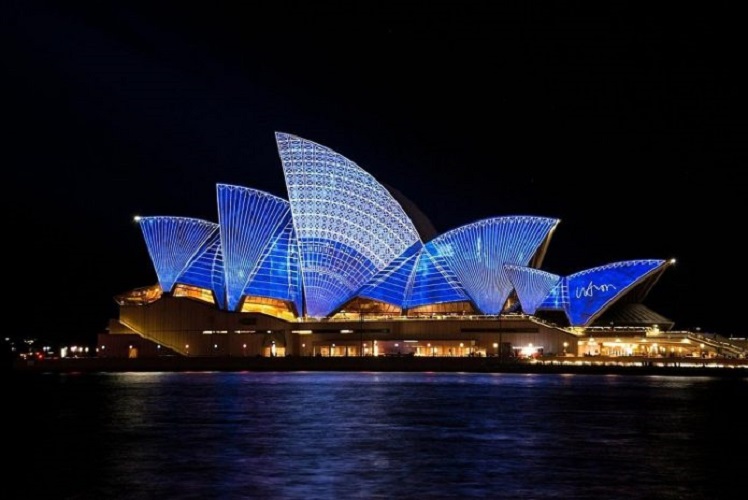 There was no way to avoid this popular opera house in Sydney. Some say the building “still defines much modern architecture” over four decades following its official opening. It was designed by architect Jørn Utzon who was able to create a structure that appears to be both ultra-modern and natural with curves that make it fit right in beside the sea. 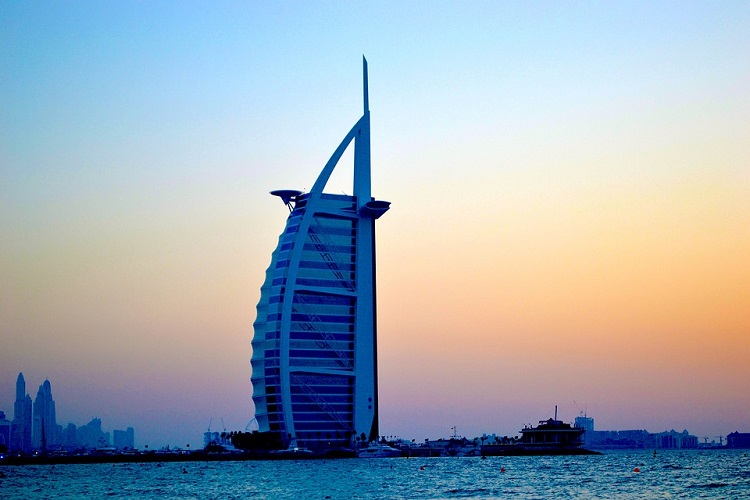 This building in Dubai represents a combination of several previously mentioned styles. It resembles a sloop with a full sail and is reported to symbolize the more modern look of Dubai. It was designed by British architect Tom Wright in an east-west collaboration. This handsome hotel has the illusion of movement and the towering aspect of an everyday skyscraper.

9 Most Underrated Global Destinations to Visit in 2018

The 17 Best Things To Do In Vietnam