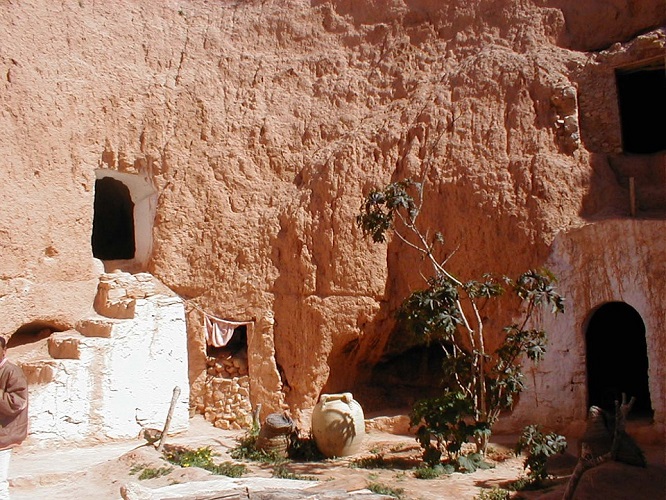 If you feel like you’ve been “living underground” recently, folks like the residents of Coober Pedy will tell you to chill out because they are one of the communities that have actually dug down beneath the earth to establish their home. Here then, are several awesome underground cities that might make you want to live in a cave. 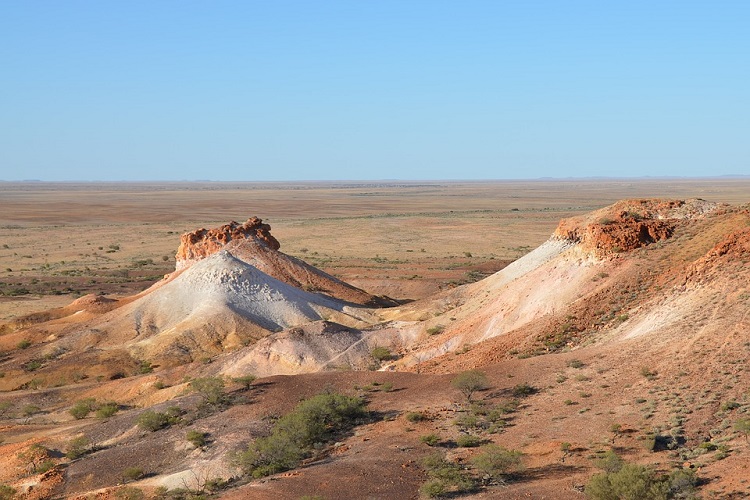 This famous albeit remote spot in South Australia has been used in several movies including The Adventures of Priscilla, Kangaroo Jack, Mad Max: Beyond Thunderdome; Queen of the Desert; and Red Planet. A lot of this town’s 1800 residents work in the opal-mining business. When they’re off the clock, they still choose to stay underground. After all, the desert sun pushes the temperatures into the triple-digits for most of the year. These locals beat the heat in their multi-room “dugouts.” If you would like to see for yourself you can stay underneath “Down Under” by getting a nice subterranean suite at the nearby Comfort Inn.

Star Wars fans will recognize Matmata’s Berber village from the 1977 film Star Wars and 2002’s Star Wars: Episode II – Attack of the Clones. While Luke Skywalker no longer “lives” there, this place is still home to the real-life, cave-dwelling nomads who roamed this region for centuries. Their homes, or “troglodytes, were actually dug out of the ground by hand.

They start with a single circular opening that eventually is used as a courtyard for other rooms that are dug off of it. It wasn’t a well-known place until the 1960s when the area was impacted by flooding. Today it’s quite popular. 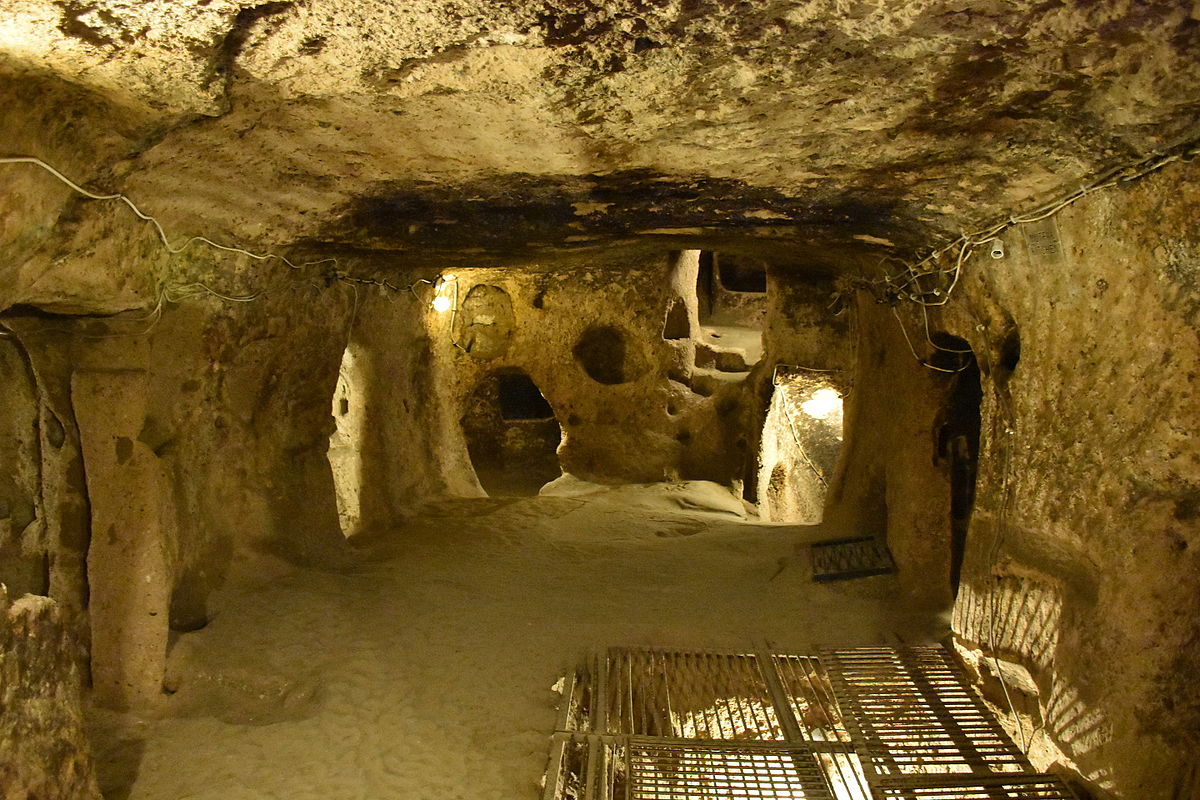 Here in Turkey’s Nevsehir province, there were once dozens of underground villages. Some of those villages harken back to circa 700 BC. The largest one had multiple levels and was home to over 20,000 people.

This community includes all the elements of civilization. Chapels, schools, stores, and even a water system. Cappadocian Greeks sheltered here during wars up ‘til the 1900s. Sometime in 1969, this complex became less of a residence and more of a cool tourist destination. Mind you, when you’re as much as 250 feet underground amidst reportedly “hundreds of thousands of square feet of tunnel,” who knows what you’ll discover. 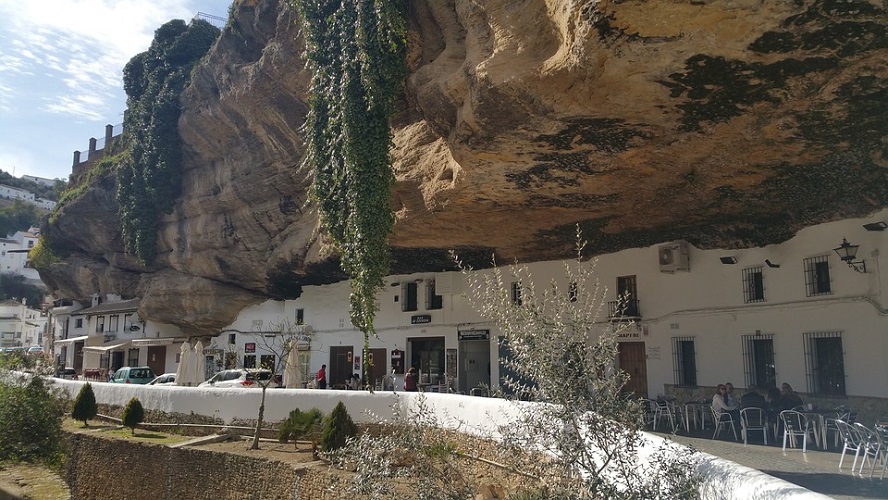 Located close to the southern tip of the famous Iberian Peninsula, Setenil is truly a bizarre sight to see. A major portion of this town and the streets are actually built into the stunning surrounding cliffs. Here you’ll see huge rock overhangs 20 to 30 feet overhead as you explore the main drag.

Additionally, you’ll also discover that a number of the storefronts and homes here are little more than façades. In truth, caves are what constitute the majority of the enclosed space because 900 years ago this used to be a Moorish fortress. Today it’s a charming place with 3000 residents. 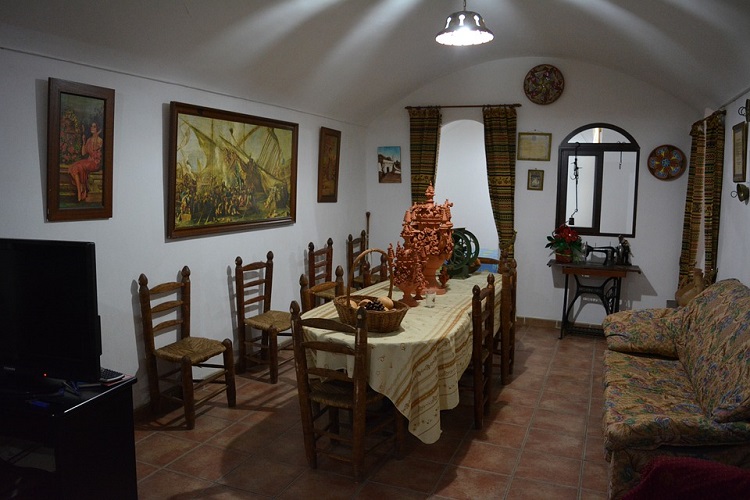 Since you’re already in Spain, hop in your car and head 2.5 hours east. There you can visit the ancient troglodyte village known as Guadix. There are almost 2000 underground homes across the property, dug into the now compacted earth.

The locals here are famous for their hospitality. They often invite travelers in to see their unique homes. Of course, if you’d rather enjoy a more upscale experience, then you’d best reserve a room at the five-star Casas Cuevas Almagruz y Centro de Interpretación Hábitat Troglodita Almagruz. It’s a popular hacienda burrowed into an old sandstone outcropping located on the edge of town. 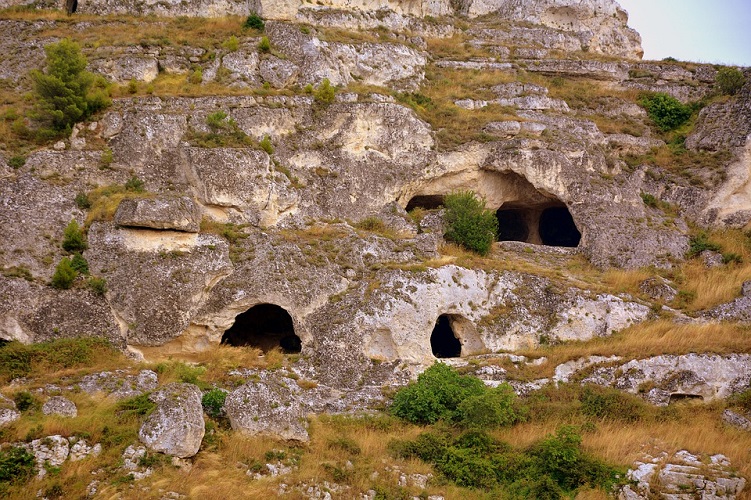 The ancient city of Matera was once considered a slum. To those who had never seen Roberto Benigni’s 2019 film Pinocchio, it was even called “the shame of Italy.” In truth, it is one of the oldest still inhabited cities in the world.

It is now alive with wine, culture, and art while its ages-old cliff architecture essentially remains unchanged. Technically, this specific city is not exactly underground since it is actually carved into the rock and gray limestone to one side of the ground. Still, these caves, known as sassi, are incredible. This city, which appears to be both stratospheric and subterranean, includes arches, courtyards, connecting stairways, and tunnels. 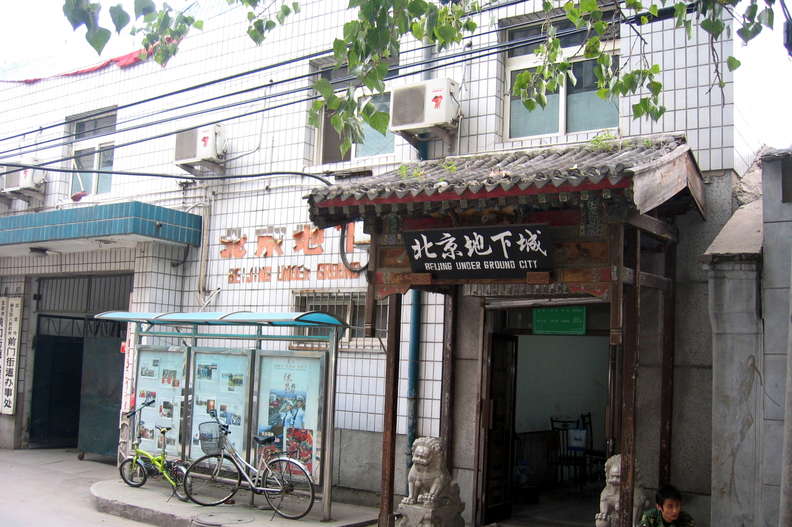 Beijing is one of the most densely populated and largest cities in the world. Space is at a premium. That’s one reason why roughly 1 million people live underground at “bargain-basement prices.” These underground dwellers are called shuzu or “the rat tribe.”
It began during the Cold War when Chairman Mao decided that 20,000 bomb shelters would be excavated to protect people from possible Soviet missile strikes. This small, windowless network of boxes that range from 30 to 300 square feet each. They were turned into hostel rooms back in the 1980s. At less than $60.00 per month, it was a deal the shuzu couldn’t refuse. 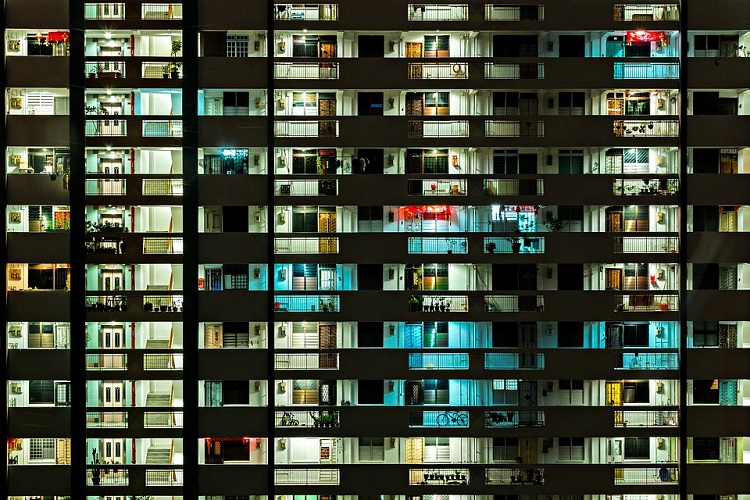 Here in Singapore, you don’t get so much of a historic feel for underground living but a glimpse into the future. There have been underground museums and malls in this admittedly densely populated city-state for over 10 years now. The country’s Urban Redevelopment Authority continues to move heaven and (ahem) earth to promote their progressive concepts.

They have put at over $150 million into related projects. One of the more well-known proposals is the creation of the planet’s first “earth scraper.” People in the know report that these projects are not simply about conserving space but also about conserving energy. 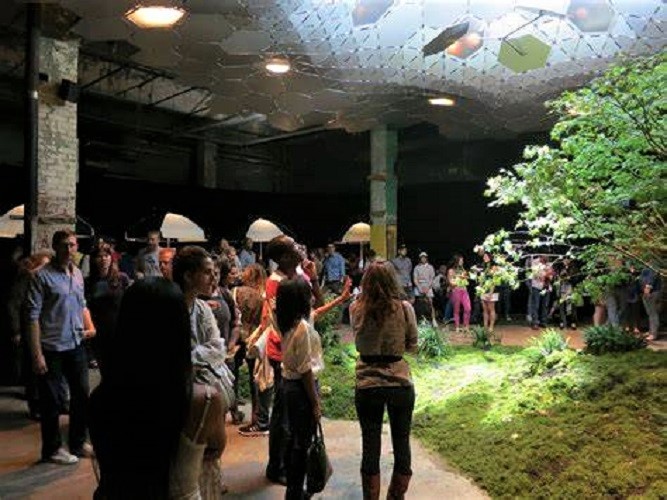 As this goes to press, similar projects for cities are in the works in places like Singapore’s underground park project meant in part as a response to the threat of global warming. There is also New York’s “Lowline” which was meant to be the first subterranean park complete with remote skylights to allow sunlight in for the vegetation. While mounting costs have halted work, officials in Helsinki, Finland, have already announced their own “Underground Master Plan.”

9 Hidden Beaches In Florida That The Locals Try To Keep...

The 12 Most Breathtaking Rock Formations In The USA

The World’s 9 Most Beautiful Botanical Gardens