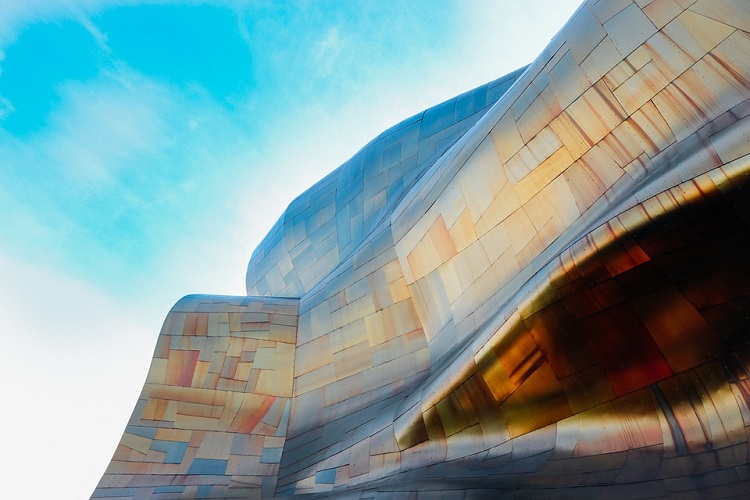 Are you stuck at home on a mandatory staycation? These 12 world-famous museums are now offering virtual tours you can take from the safety of your sofa

Being in voluntary quarantine to stave off the coronavirus can be more complicated than having enough Ramen noodles and toilet paper for a few weeks. It also means you’re probably going to get tired of TV, nearly nod off to Netflix and become bored of browsing the internet at random. An, but don’t fret, dear reclusive reader.

Yes, help is on the way. You can still soak up some culture and education even while confined to the couch. Your penned-in penman has a way for you to experience the very best museums from Seoul to London from the safety of your own sofa.

Google Arts & Culture has collaborated with more than 2,500 galleries and museums across the globe to bring you assorted online exhibits and varied virtual tours of some of the world’s most magnificent museums. You can “go to the museum” and never even have to get off the couch. The clever cultural collective includes the Guggenheim in New York City, the Van Gogh Museum in Amsterdam, the British Museum in London, and hundreds of other locations. These virtual tours are great for students stuck at home. They can further their education even though schools are closed. 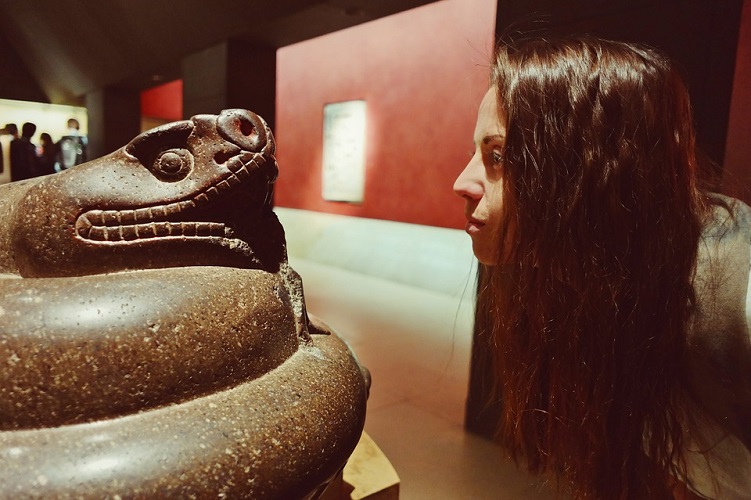 The British Museum is located in Bloomsbury, London, England. It was the first official public national museum on the planet. This museum features a collection of more than 8 million works. Virtual visitors can see hundreds of different artifacts on this museum’s virtual tour. Additionally, you can tour the famous Great Court, discover Egyptian mummies, and examine the ancient Rosetta Stone. 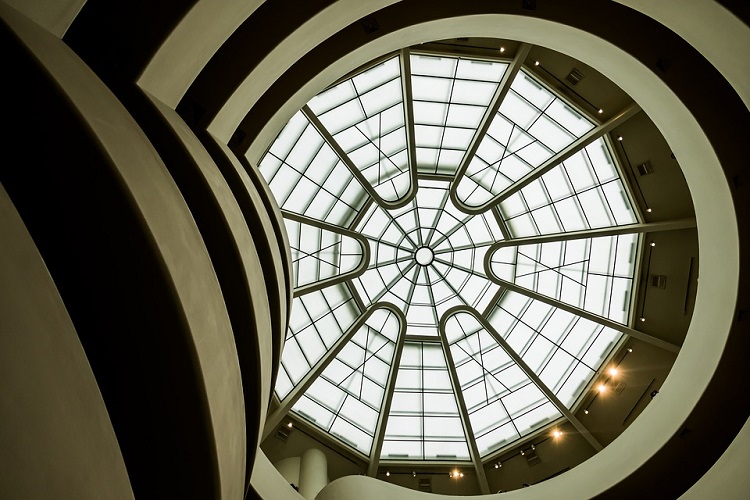 The Guggenheim Museum, formerly the Solomon R. Guggenheim Museum, is situated in New York City, New York. Virtual visitors can use Google to start their journey at the museum’s spiral staircase. From this famous stairway, you can go on to discover all the impressive artwork of an ever-expanding collection of pieces from Contemporary, Impressionist, Modern, Post-Impressionist, Modern and Contemporary eras. 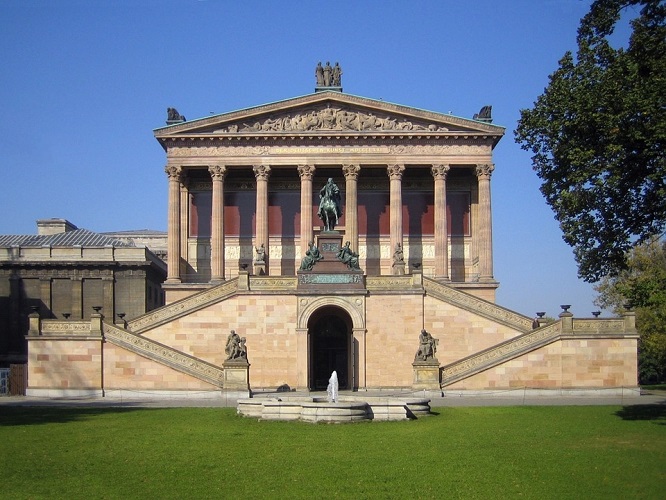 The National Gallery of Art, and the attached Sculpture Garden, can be found in the US Capitol, Washington, D.C., on the National Mall. This popular national art museum has a pair of special online exhibits accessible through Google. One is a collection of paintings by the Dutch Baroque painter Johannes Vermeer. The other one is a special exhibit of US fashion between 1739 and 1896. It features numerous renderings of clothing from both the Revolutionary and colonial eras. 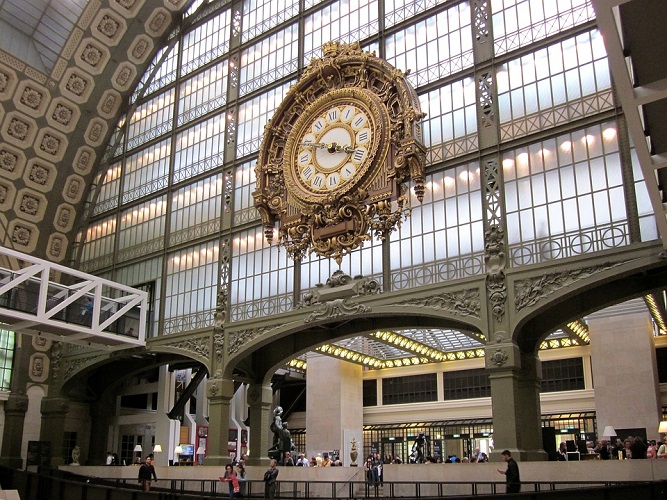 France’s Musée d’Orsay is ensconced on the Left Bank of the well-known Seine. It is found within the old Gare d’Orsay which was once a Beaux-Arts railway station constructed between 1898 and 1900. It offers an exceptional virtual walk-through for art lovers.

Within this gallery, you will find dozens of well-known works by native artists who lived and worked between 1848 and 1914. You will see art from such artists as Van Gogh, Cézanne, Degas, Gauguin, Manet, Monet, Gauguin, Renoir, Seurat, and Sisley.  It is one of Europe’s biggest art museums. In fact, over 3.6 million people visited last year. The museum opened its doors in 1986.

5. The National Museum of Modern and Contemporary Art, Seoul 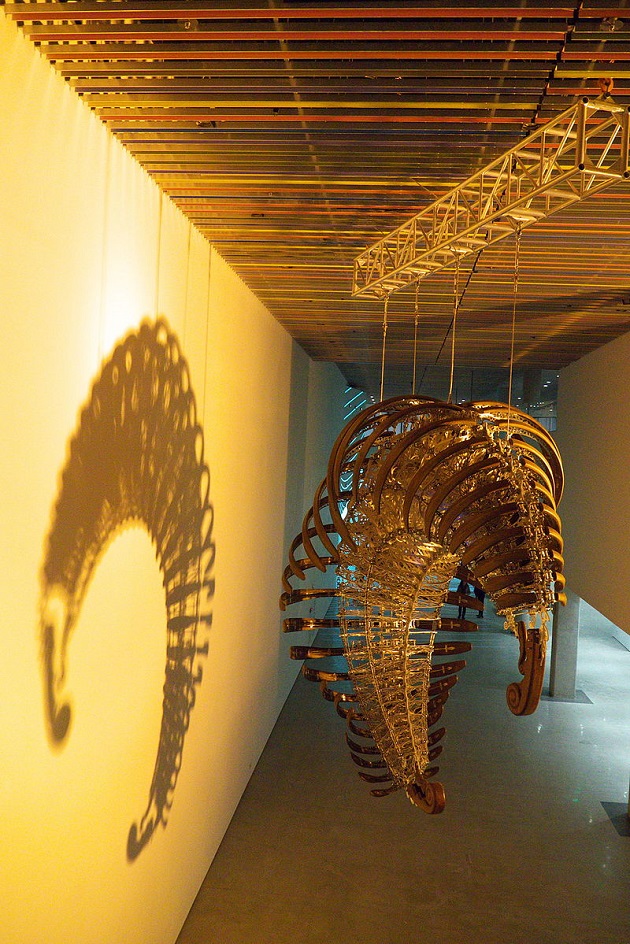 Korea’s National Museum of Modern and Contemporary Art or MMCA is a popular contemporary art museum. The main museum is located in Gwacheon. There are three branches each in Cheongju, Deoksugung, and Seoul.

The museum opened to the public in1969. It is the country’s only national art museum. The museum includes contemporary and modern art from both Korea and other nations.

Now you can access all the artwork found herein from any place in the world. Thanks to the Google-created tour, you can tour all six floors of the art found there. Look for the work of such artists as Go Hui-dong, Andy Warhol, Jonathan Borofsky and others. 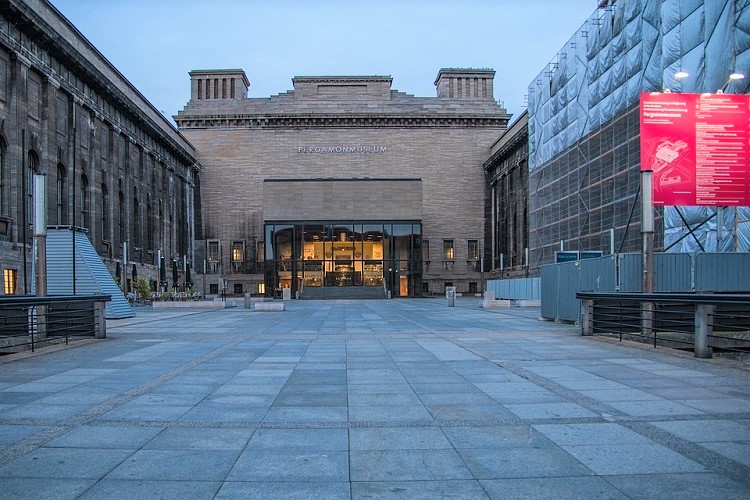 The popular Pergamon Museum is located on the Museum Island in the German capital of Berlin. Ludwig Hoffmann and Alfred Messel designed the building. Although it took two decades to complete, it was officially established in 1910.

Pergamon is one of the country’s largest museums. Therefore, even if you cannot be there in person right now, there is a lot to see in this historical museum. It features many ancient artifacts and monumental buildings. Take the virtual tour and see the Ishtar Gate of Babylon, the Pergamon Altar, and the Mshatta Facade. There’s also the reconstructed ruins of the Market Gate of Miletus which were discovered in and relocated from Anatolia (Asia Minor). 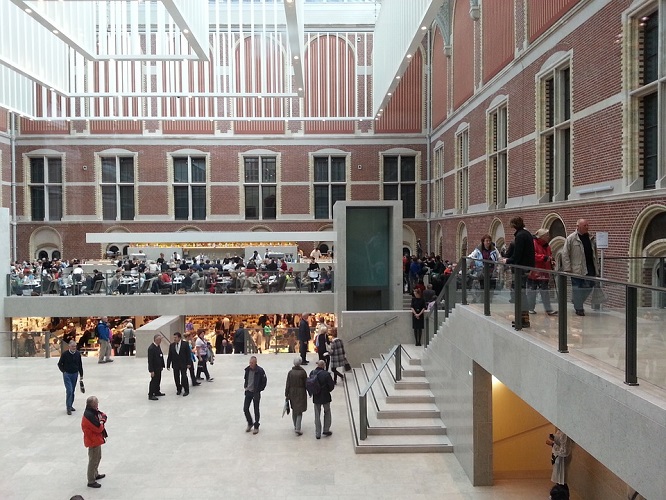 The Rijksmuseum is a renowned Dutch museum in the Netherlands. Located at the Museum Square in Amsterdam South, this national museum is dedicated to both art and history. It is near the Concertgebouw, the Stedelijk Museum Amsterdam, and the well-known Van Gogh Museum.

The original gallery was launched in The Hague in 1798. It was later relocated to Trippenhuis. The present museum seen in the virtual tour did not open until 1885. Google’s tour of this iconic building, designed by esteemed architect Pierre Cuypers, allows you to wander the halls to see the many masterworks of the Dutch Golden Age, including works from Rembrandt, Frans Hals, Johannes Vermeer and many more. 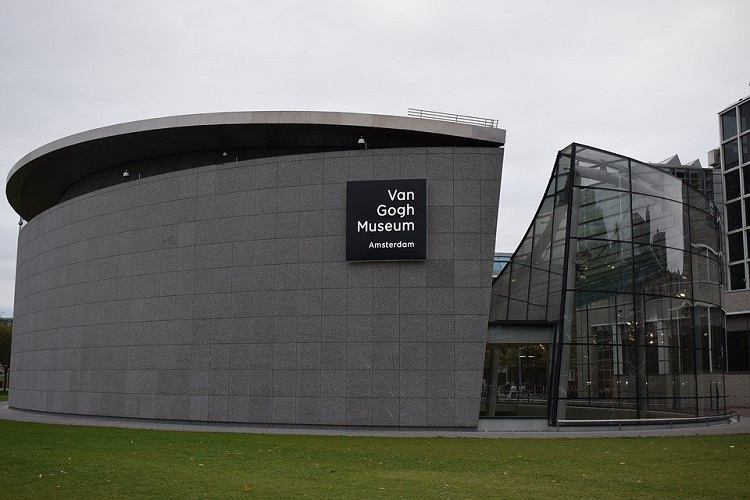 The popular Van Gogh Museum is a famous Dutch art museum. Situated at the previously-mentioned Museum Square in Amsterdam South, it is dedicated to the noteworthy works of the ingenious artist Vincent van Gogh and a number of his contemporaries. It is near the Concertgebouw, the Stedelijk Museum Amsterdam, and the famous Rijksmuseum.
This museum opened its doors in June of 1973.

The buildings were designed by Kisho Kurokawa and Gerrit Rietveld. On the virtual tour, you will be able to see the tragic painter’s works up (virtually) close. This museum features perhaps the world’s largest collection of Vincent van Gogh’s artworks, including 200+ paintings, 500 of his drawings, and more than 750 personal letters. 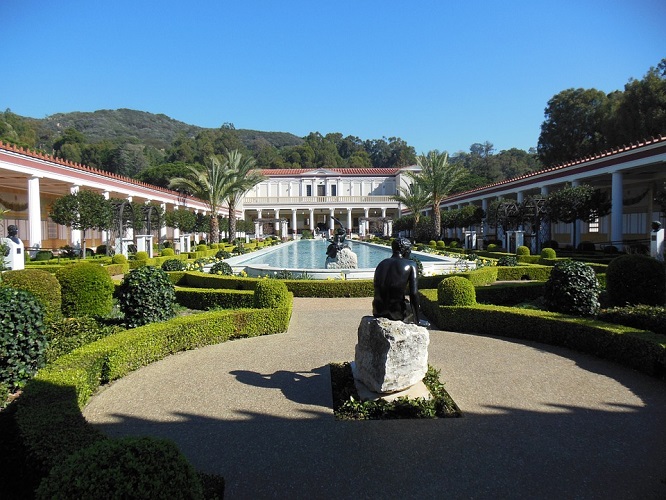 The popular J. Paul Getty Museum, often called simply “the Getty”, is a well-known art museum found in the state of California. It was founded by the famous American-born British oil tycoon J. Paul Getty for his own personal art collection. This artistic establishment opened in 1974 and includes two different campuses: the Getty Villa and the Getty Center.

Between the two of them, they draw more than two million visitors every year. Here one can discover European art that harkens back to the 8th Century. Indeed, the virtual tour will give you access to a large collection of drawings, manuscripts, paintings, and photographs as well. 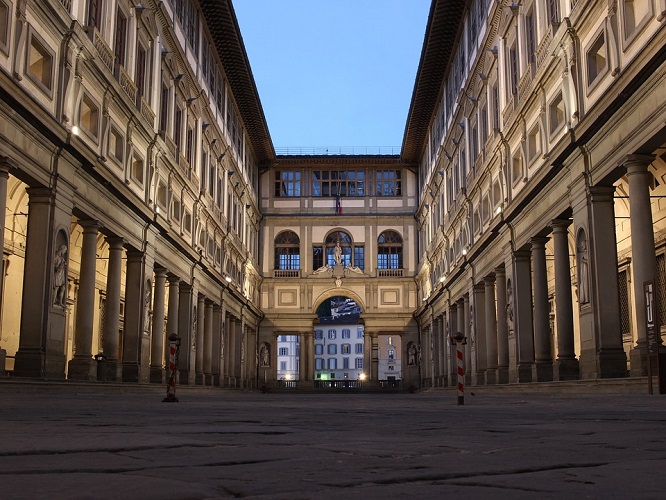 The exceptional Uffizi Gallery is one of Italy’s prominent art museums. It’s found across from the Piazza della Signoria ensconced in the Historic Centre of Florence in Tuscany. This gallery is also one of the world’s most famous and largest museums.

Few of Italy’s museums are more visited than this one.  It includes a significant collection of priceless art, especially from the era of the Italian Renaissance. Furthermore, it also features the complete art collection of one of Florence’s most renowned families, the famous de’Medicis. Designed by architect Giorgio Vasari in 1560, the virtual tour allows anyone with internet access to stroll its halls from the security of their own residence. 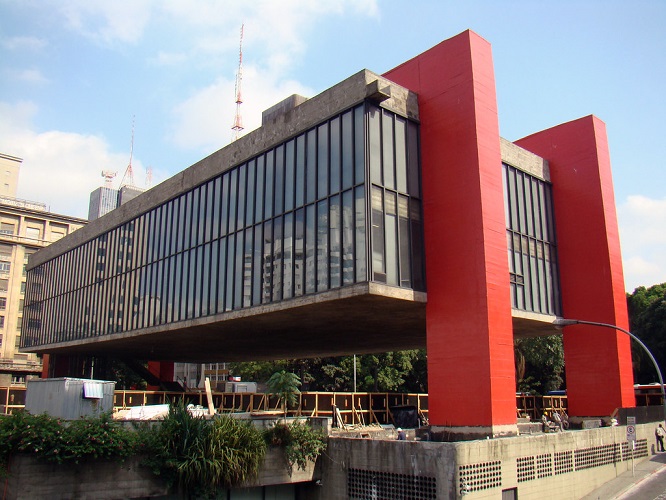 The Museu de Arte de São Paulo, in English the São Paulo Museum of Art, can be found in the city of São Paulo in Brazil. Also known as the MASP, it is the country’s first modern museum. It is also a non-profit organization.

The museum is famed for its architecture. The building is a glass and concrete structure erected in 1968. The main body of the building is supported by a pair of lateral beams above a 74-meter (almost 243-foot) freestanding area. On this virtual tour, you will be able to see the art placed upon clear perspex frames that make it look like the pieces are hovering in the air. 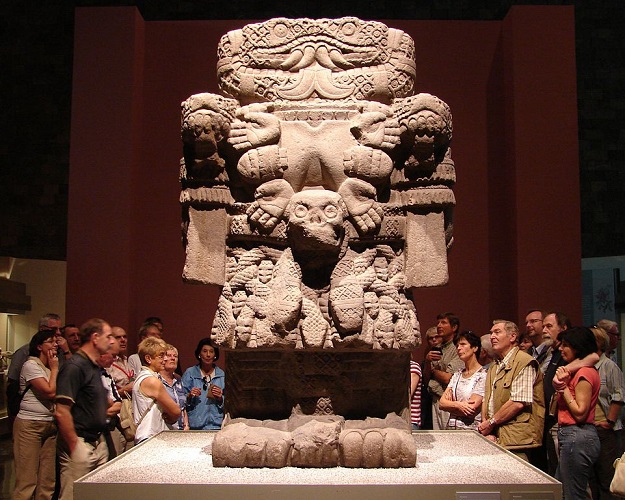 Finally, the National Museum of Anthropology is in Mexico in Chapultepec Park in Mexico City. It is the most visited and largest museum in the country. Opened to the public in 1964, it is dedicated to the history and archaeology of the nation’s pre-Hispanic and pre-Columbian heritage.

It includes important anthropological and archaeological artifacts. On the virtual tour, you can explore a total of 23 exhibit rooms. Each one is filled with an assortment of ancient artifacts like the Aztec Xochipilli statue and the Stone of the Sun.

Unfortunately, while not all of the world’s museums offer virtual tours like these, there are still many such online experiences to take advantage of when you’re unable to travel. To see more of Google Arts & Culture’s great collection of famous museums, visit the website.

15 Beaches with the Clearest Water on Earth

16 cities where everyone under 30 wants to live

Top 10 Most Beautiful Gardens In The Entire World

The 31 Most Popular Cities In The World