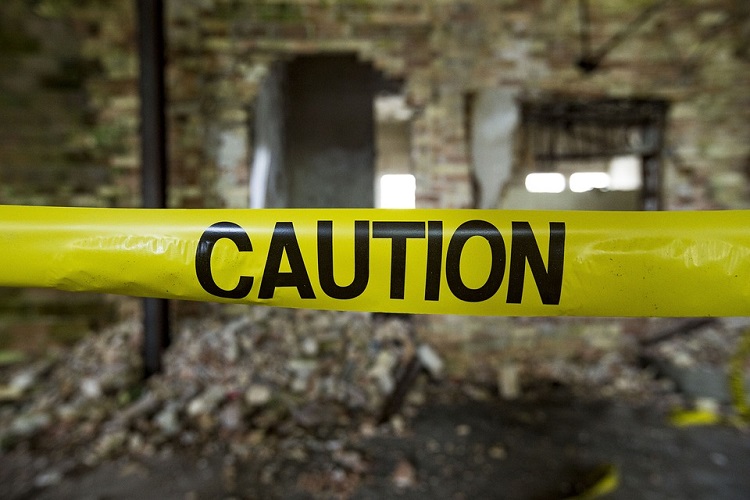 Did your Halloween lack something this year?  Are you still in the mood for something spooky?  If you’re in the Michigan area, then check out this day trip through the spookiest places in the state!

Special Note: The bulk of this trip focuses on the state’s Michigan’s Lower Peninsula for tine’s sake.  However, if you are unable to reserve an entire day for a road trip, you can split this list into a weekend.  Additionally, we’ve included a bonus spooky spot in case you decide you need to see more of Michigan’s many macabre hot spots.

Unsurprisingly, this historic location has offered dining and lodging opportunities for visitors and Michigan residents alike.  While this place does offer some finely-crafted menu choices and features charming decor to boot, the truth is some guests have reported rather spooky experiences.  Indeed, the inn has actually been the site of a number of deaths.

Perhaps most notably, one woman, pregnant with twins, fell here.  She and her unborn children died.  So whether you book a room here or simply drop in for a bite to eat, remember that you could find yourself face-to-face with a ghost. 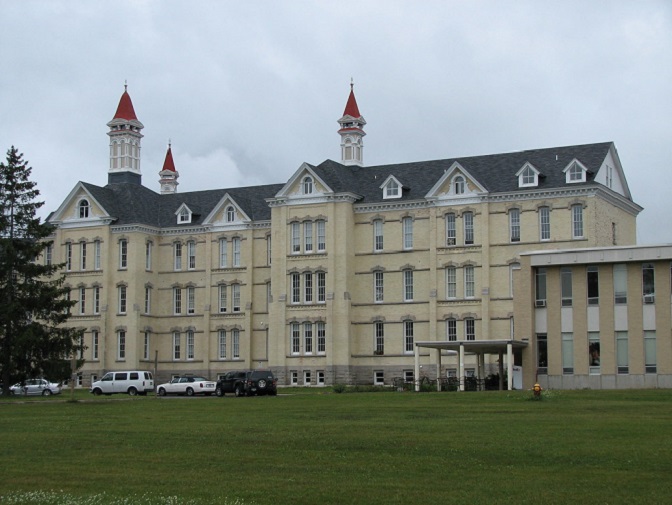 Ergo, it isn’t hard to imagine the rather dark and dire events that might very well have happened here.  Today though, you can tour the property or simply take in the view of the structure itself.  Be ready to pick up on the spooky vibes. 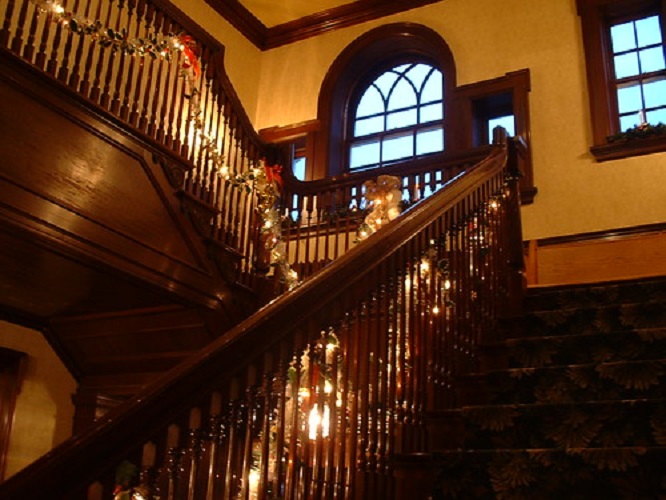 Built in 1927, today this former manse is a favorite venue for special events.  But it certainly has its share of scary ghost stories.  The estate was originally meant to serve as the summer home of successful American inventor and industrialist Dorr E. Felt and his family.

Unfortunately, his wife Agnes died in the house mere months following its completion.  Felt also died there a few years later. Today, various visitors say they have seen weird apparitions, perhaps the ghost of Agnes, and heard strange, unearthly sounds coming from the woods around the property.  Check it out, if you dare! 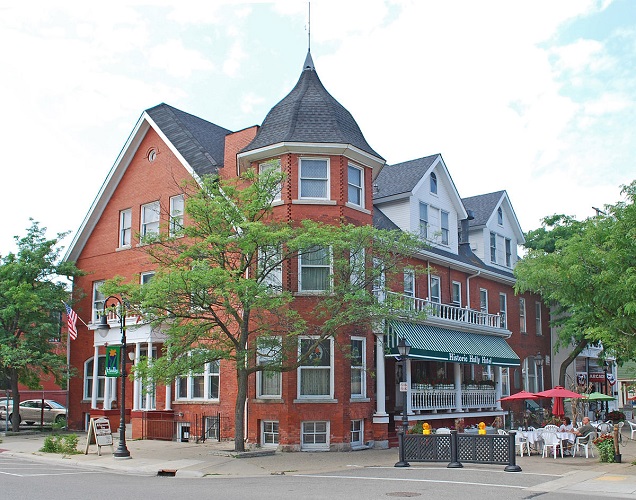 Although it was once a hotel, it is presently a noteworthy restaurant.  Local legend has it that during its early days, this inn had accommodated an assortment of guests and that their spirits still linger there today long after their deaths.  One of its more famous wraithlike residents is a ghostly little gal who for some unknown reason does nothing but wander around the halls of the hotel playing with a meat cleaver.  There is also the less frightening yet just as unexplainable presence of strange orbs in various photos.  There’s plenty of spookiness here, for sure. 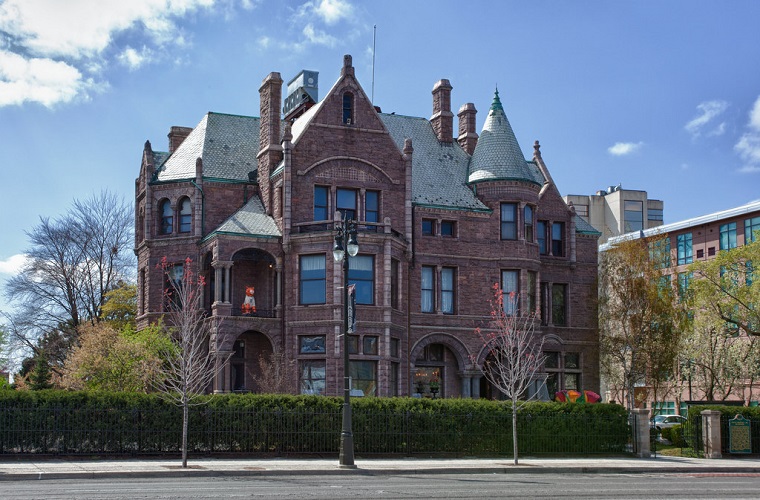 Built in the late 1800s, The Whitney has become an institution here in the city.  Through the decades it has served a number of different purposes and has been everything from a private mansion to a hospice.  The modern-day Whitney is used as a memorable restaurant.

Ah, but veteran visitors confirm that there are “spooky remnants” of The Whitney’s colorful past that remain.  Diners have often reported hearing unexplained footsteps, seeing empty elevators moving up and down between floors, and glasses breaking for no reason whatsoever.

In the fall, Ganong Cemetery features colorful foliage and cool, crisp weather.  It also offers visitors and mourners alike a healthy dose of spacious spookiness.  The property has been used as a burial site since some time in the 1830s.

Since then it has gone on to earn a reputation as one of Michigan’s “most haunted graveyards.”  this cemetery is no longer used for new burials.  Nevertheless, many visitors have reported seeing an eerie “woman in white” or have experienced unexplained auto accidents outside the cemetery’s entrance. 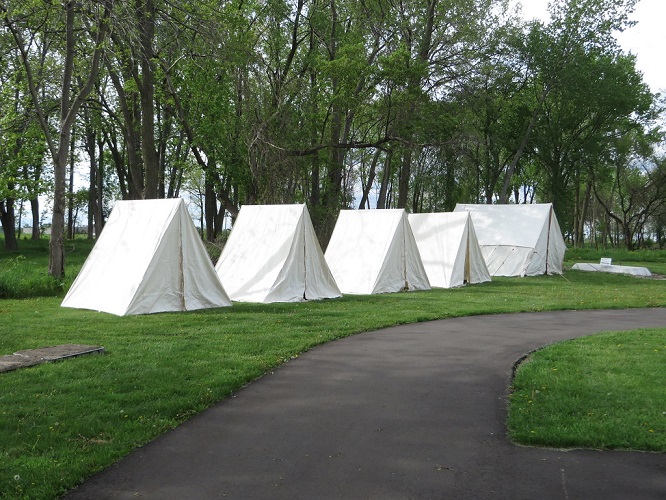 During the infamous War of 1812, the bloody Battle of River Raisin happened right here.  More than 500 American soldiers and countless British troops and indigenous participants died here on Michigan soil.  Since its opening, people who have visited this battlefield park have reported hearing disembodied wails and ghostly apparitions.  So keep your eyes open! 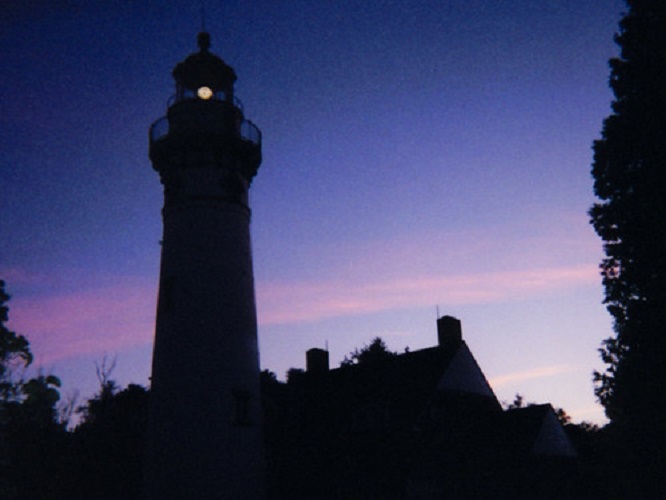 Who doesn’t enjoy lighthouses?  They’re full of history, romance, and even mystery.  There are several in the state that are reportedly haunted.

This Upper Peninsula lighthouse is the most notorious of them all.  For decades now the spirit of Captain Willie Townsend, former Michigan lighthouse keeper, has been eternally attached to this old structure.  Additionally, a pair of female ghosts have also reportedly been wandering around the lighthouse.

One of the female spirits is believed to be Mary “grandma” Pemble, the deceased mother-in-law of one of the previous keepers.  Pemble met her end during one of the state’s biggest blizzards.  The blizzard assaulted the lighthouse like an invading force.  The snow and wind blasted through the windows and into the lighthouse rooms.

There have been many detailed accounts of paranormal activity filed by employees and visitors alike.  There have been numerous reports of ghosts, mysteriously moving objects, the scent of the late Captain’s cigar smoke, and more.  Investigators have recordings of several disembodied male voices.  One of them could very well have been old Willie himself.

So dear readers of twisted tales of terror, have you ever ventured into one of the allegedly haunted places found in this Great Lakes State? By all means share your stories in the comments section!

The Most Awe-Inspiring Trees On Earth

Five Tips To Beat The Lines In Florence, Italy

20 Most Romantic Destinations in the World