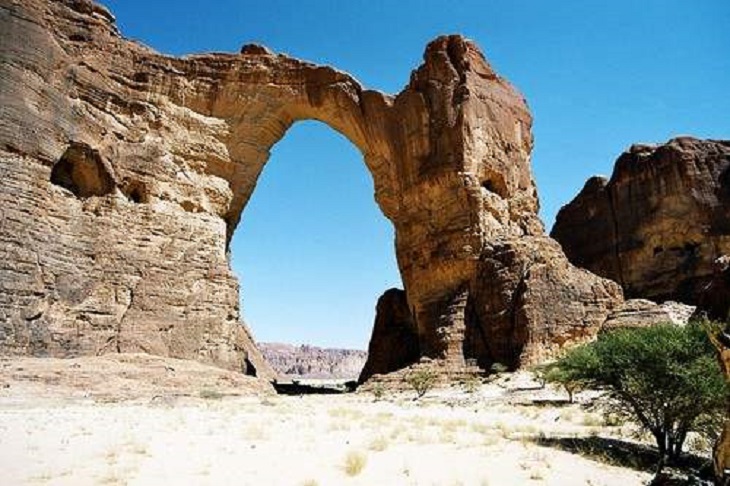 Across the globe, arch monuments are considered to be some of the most popular landmarks. Man may be rightfully proud of his architectural achievements but these natural arches have a symmetry and intricacy that have a perfect beauty all their own. Nature is always one step ahead of anything man does and the results are always more powerful.

Perhaps that is the reason why when we have the opportunity to actually see something as stunning as these natural arches, those made by man, no matter how great an achievement, still look so obviously lacking and artificial. Even their technical perfection somehow seems less significant. Here then, without further adieu, are the top 10 beautiful natural arches on the planet.

The state of Utah is rich in arches. . . and we don’t mean McDonald’s. Utah has an entire National Park dedicated to arches. It spans 76,679 acres and includes more than 2000 natural arches.
Opened in 1929, the park has been visited by many tourists who enjoyed hiking and driving hike between the assorted arches. Perhaps the most well-known attraction in the entire park is the popular Delicate Arch. Other famous on-site arches include the Double Arch, Kolob Arch, and Landscape Arch. They are all reported to be the result of erosion. 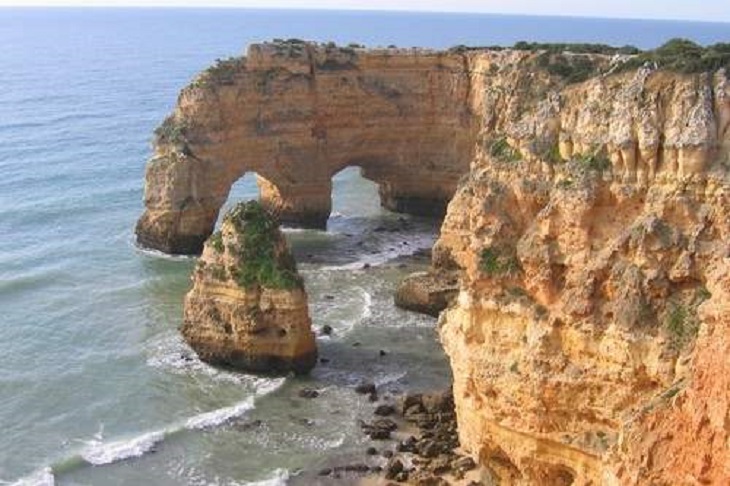 The renowned Algarve Coast is said by veteran visitors to be the “spectacle of Southern Portugal.” Here between Albufeira and Carvoeiro, you will find one of the most popular places in the area, Praia da Marinha. More specifically, you will discover the country’s most visited landmark, a double-arch known as the Spectacle Arches. It stands just off the shore and was created by the waves eroding the sedimentary coastal rock which is mostly sandstone. For the best view, sign on to one of the boat trips available. 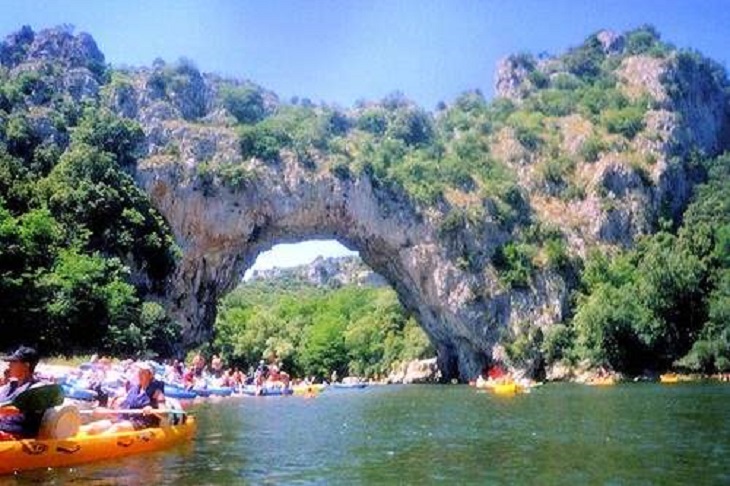 The stunning Pont d’Arc is situated not too far from the town of Vallon-Pont-d’Arc in the southern part of France. It is said by those in the know that it is one of the world’s most beautiful natural arches. This arch was born of the power of the water of the Ardèche River. The arch and this specific section of the river are big with all the tourists. It’s also a convenient entrance to the striking Ardèche Canyon, and a great spot to enjoy kayaking and canoeing. 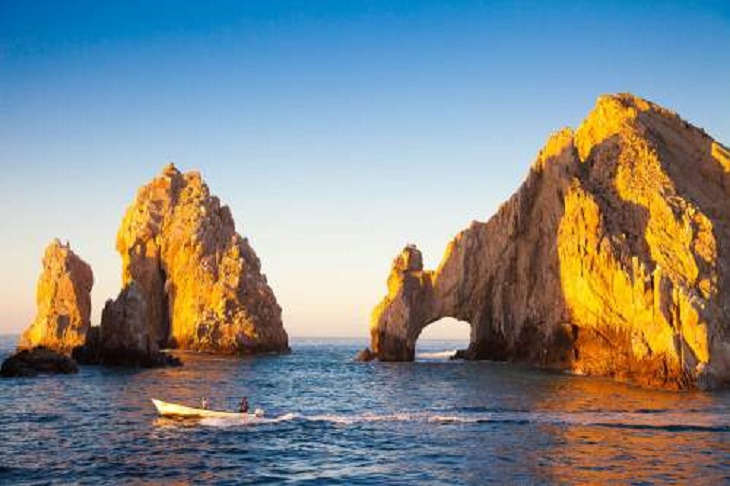 The sea arch known as the El Arco de Cabo San Lucas is can be found at the southern tip of the popular Baja California Peninsula, in the well-known city of Cabo San Lucas. The arch is also referred to as Land’s End. It is thusly named because it is in a collinear position with the South Pole. These particular golden arches can be seen from Cabo. It also marks the spot where the Pacific Ocean meets the Sea of Cortez. 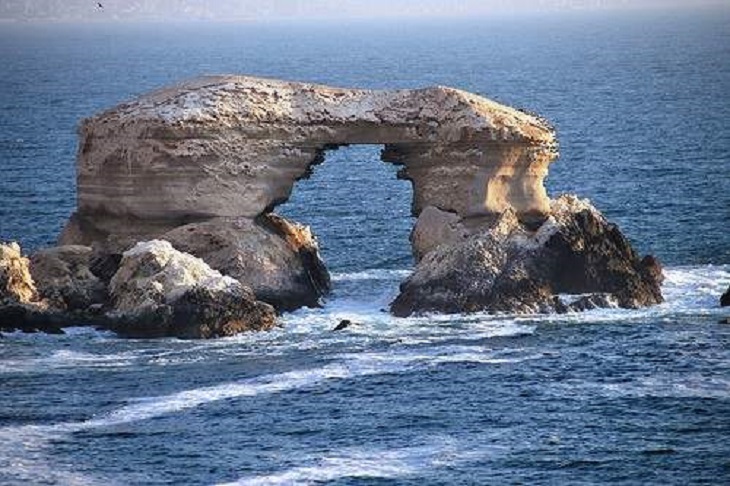 Also known as The Gateway, La Portada is reportedly one of the world’s “most amazing natural arches.” It stands tall in the Pacific Ocean just off the coast of Chile in the Antofagasta region. It is composed of a combination of andesite stone, fossils, sandstone, and sedimentary rock. This officially protected natural monument is close to the shore and is, therefore, a popular place not only for tourists but for photographers too. 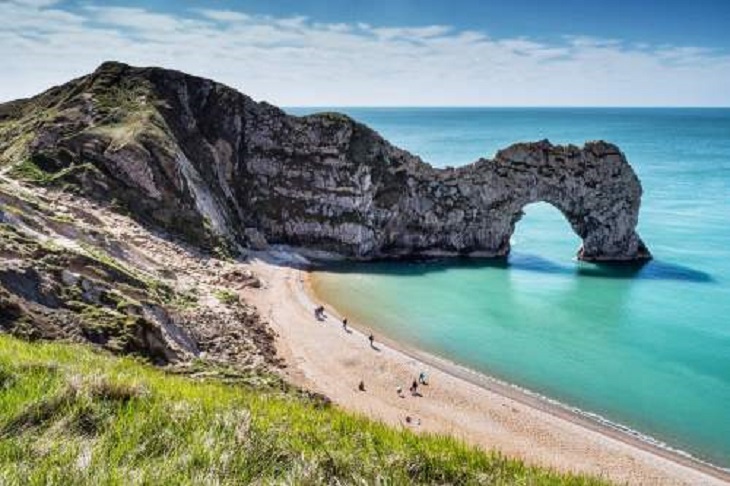 The natural limestone arch known as the Durdle Door is situated on a privately owned property. It is connected to the mainland via a 390-foot isthmus and projects from the famous Jurassic Coast of Dorset. The arch is accessible by foot and open to the public. The path from nearby Lulworth Cove ks steep but hikers enjoy it. The old arch is actually 140 million years old and a big hit with photographers too.

4. In Memoriam: The Azure Window, Malta 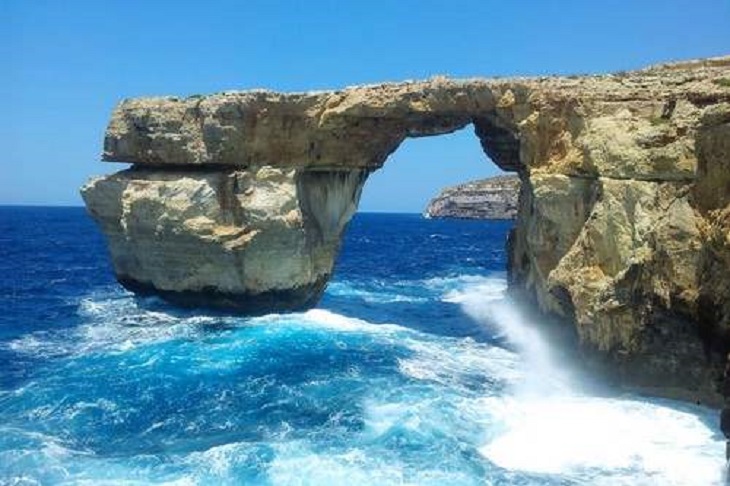 Once found on Gozo Island, the once iconic Azure Window was a famous limestone arch. It was reportedly created when a pair of limestone caves collapsed due to sea erosion. Part of the rock regularly fell from beneath the arch for years. In fact, experts predicted its destruction based on its condition. While it finally fell into the sea during a raging storm on March 8, its memory and existing recent images still earned it a slot on our “top 10” list. 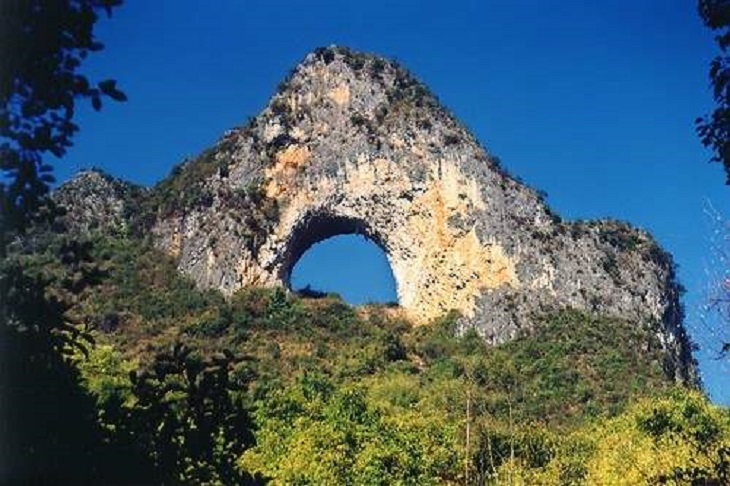 The Moon Hill arch can be found atop a 750-foot high hill just outside Yangshuo. Visible from a great distance, visitors can reach it after a 20-minute hike and even walk through the famous arch. More adventurous hikers may choose to climb to the very top of the arch. The view of the local surroundings is said to be excellent. 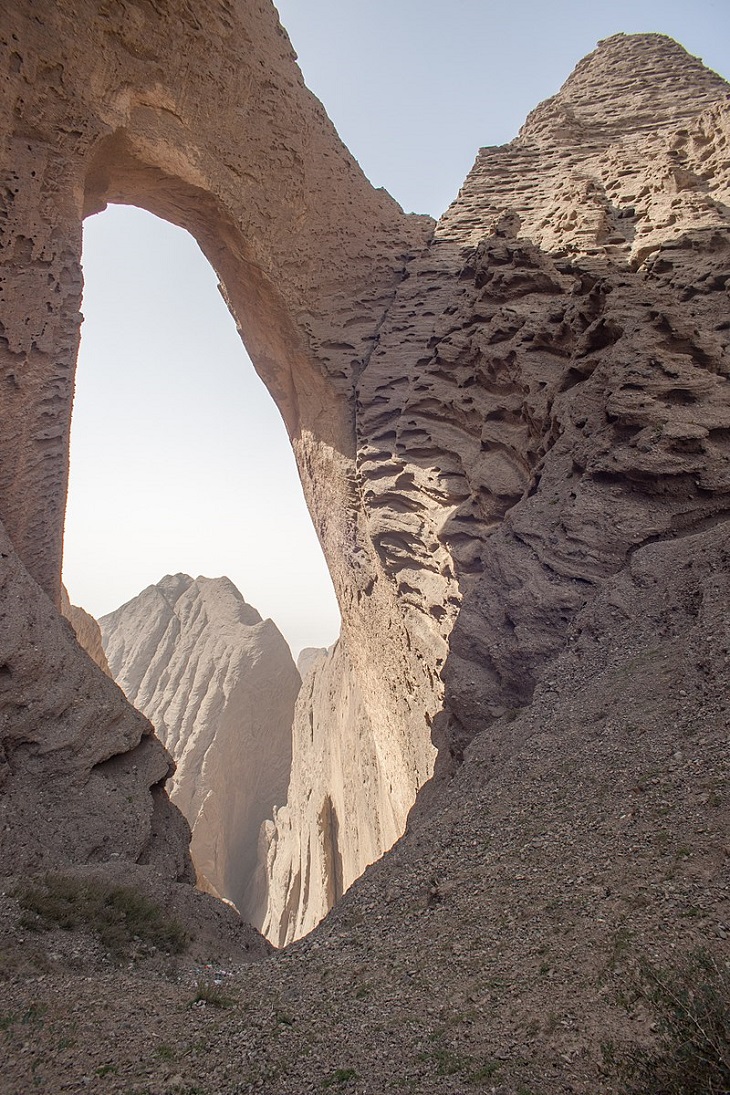 This arch was named in honor of the successful English mountaineer Eric Shipton. Shipton actually discovered it back in 1947. It is also known as Tushuk Tash, or in English Hole in Heaven.
The arch is situated in Xinjiang Province just northwest of Kashgar. Prior to Shipton’s arrival, it was known only to the locals. The rocky arch is perched upon a potentially precarious pile of rubble. It has a span of 212 feet. At an amazing height of 1,200 feet, Shipton’s Arch is also the world’s tallest natural arch.

The landlocked Aloba Arch is 250 feet long. It’s the world’s longest arch and the second highest. This African arch is also sadly the least visited arch due in part to its rather remote locale. This one has two different sections. The lower area is made of a soft stone that was once eroded by a stream. The upper area is compared to a buttress on the end of s slab of sandstone.

You can find amazing natural arches all over the world. Some are perched on high hills while others stand by the sea. Still, they are reminders of the architectural skill of nature.

The Most Beautiful Drives in the US, According to Truckers

19 Most Romantic Honeymoon Destinations in the World