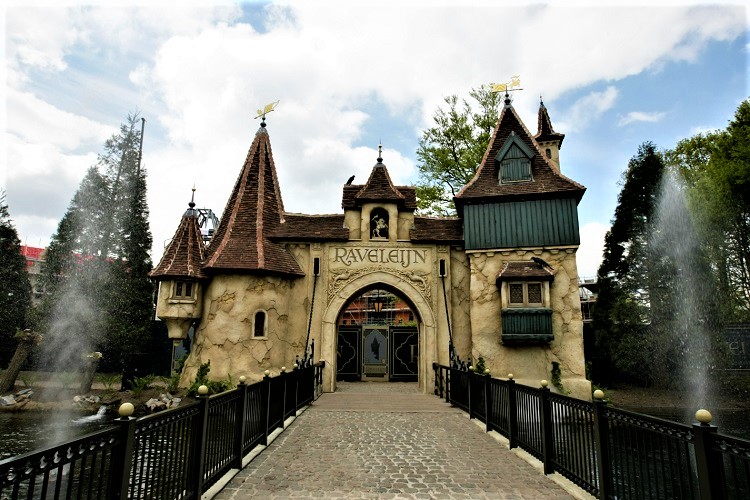 If you’re into female empowerment and being PC (as defined this week anyway), there are reportedly “woke” fairy tales of old that focus on female empowerment, set in distinctive destinations that even a feminist should find acceptable. (If you don’t buy into any of it, hey, that’s okay. These are pretty places any travel lover should enjoy.) 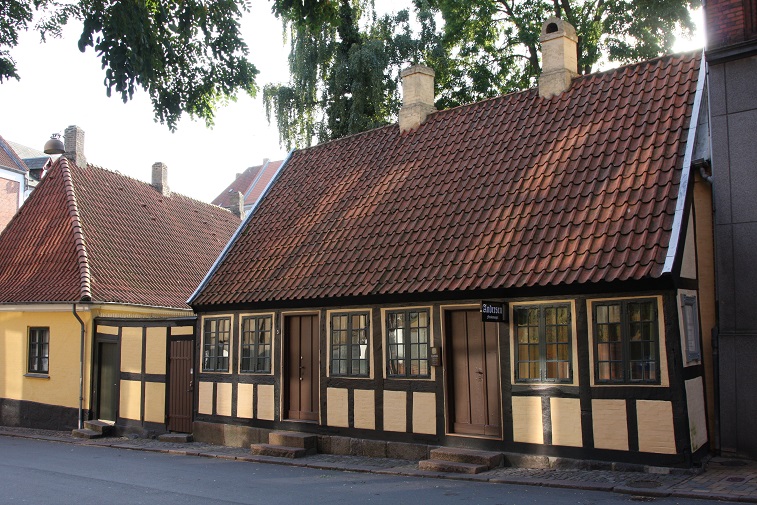 Hans Christian Andersen’s fairy tales are a part of our culture. Feminists can now dig deeper into the author’s original, surprisingly progressive texts at the newly opened H.C. Andersen’s House. Here feminists will find out that the original “Little Mermaid” was no Disney doll and originally planned on throwing the price into the waves to save herself. Then it’s off to explore the museum’s other attractions such as its underground displays, and gardens. 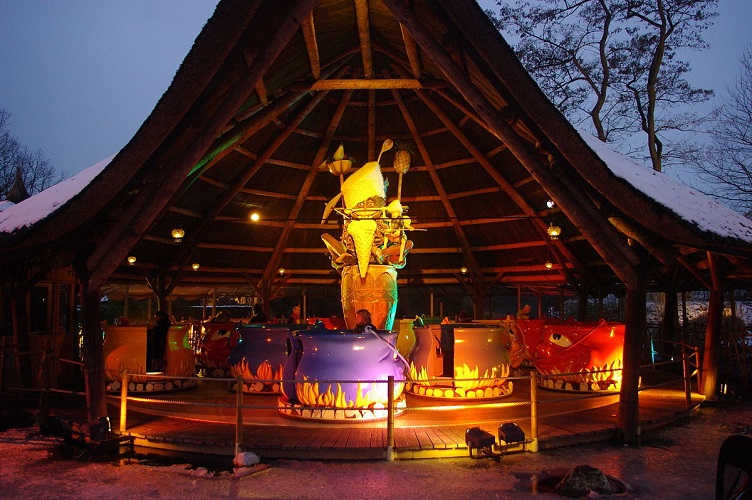 This theme park was inspired by the fury tale universe of Hans Christian Anderson, the Brothers Grimm, and Charles Perrault. Here you will discover a talking gnarly oak, a life-sized copy of Rapunzel’s tower, complete with Rapunzel, as well as a statue of the less-famous Naughty Princess. Said princess was a gal who played by her own rules. 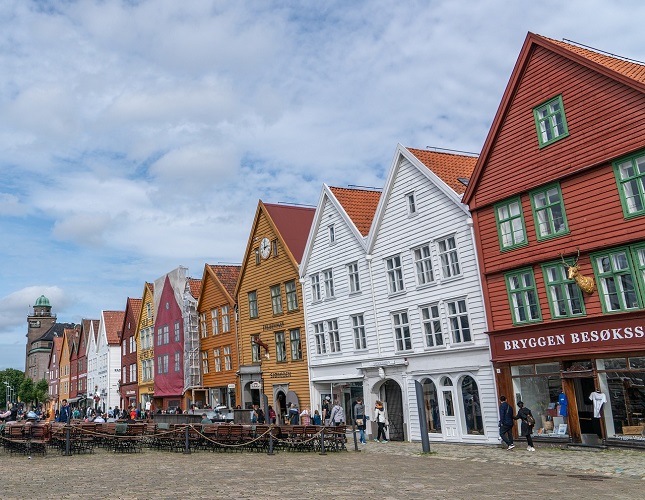 One critic called the famous Disney Frozen animated films “charmingly subversive stories of sisterhood. They are actually adapted from Hans Christian Andersen’s offerings which include two empowered female characters, Anna and Elsa, The Bryggen district is the UNESCO World Heritage Site that inspired the overall design and look of the famous fictional village of Arendelle. 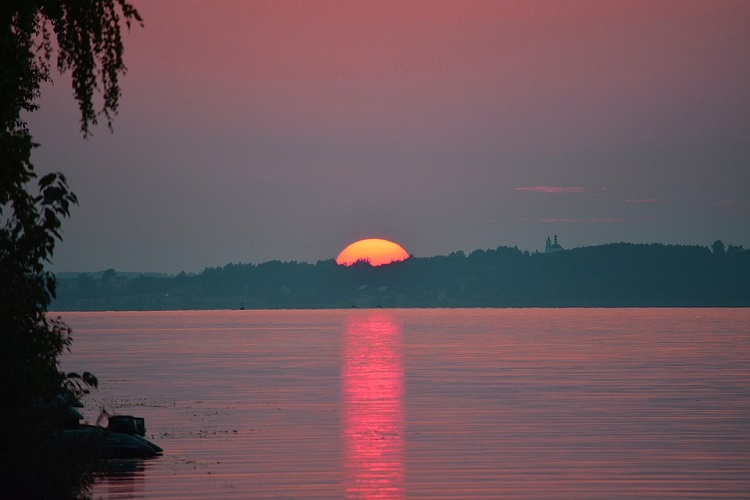 The well-known Volga River is a legendary hotbed for mythical Rusalki bathing spirits from Slavic folklore. These influential water nymphs are so popular that each June the locals throw a week-long celebration called Rusalki Week. You’ll find a more current retelling of the water spirits’ tale in Alexander Utkin’s interesting graphic novel The Water Spirit. 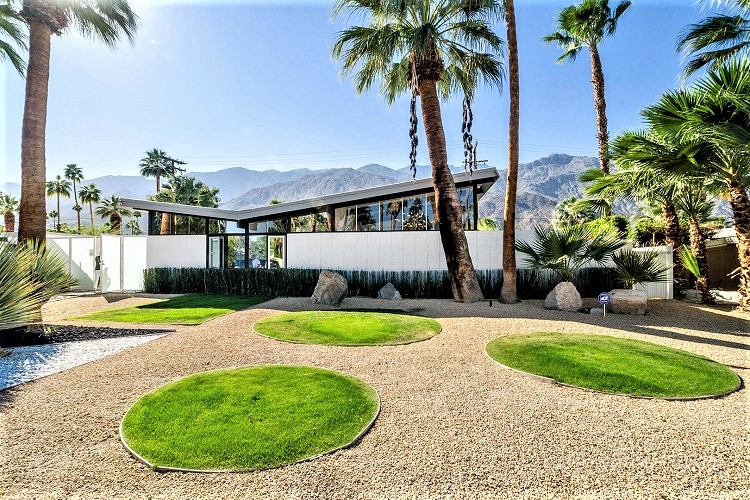 David Roberts’ Delightfully Different Fairy Tales takes tales of female empowerment with retro backdrops. The book features a rewrite of the classic Sleeping Beauty tale complete with illustrations reportedly reminiscent of Palm Springs. True fans of this redo and its particular design aesthetic should certainly see this city during the yearly Modernism Week.

The Salmon Princess stars what some call “a feminist icon” who comes complete with a gown of flashy fish scales. This is yet another altered offering of the original Cinderella story that also includes an eagle spirit godmother and a fisherwoman princess. To experience the literature’s landscape, simply stop at the stunning Steamboat Bay Fishing Club.  Here you may fish for feisty king salmon while bald eagles circle above you. You can also learn about the Indigenous Haida culture by booking accommodations in the private lodge, which is decorated with the work of the luxury resort’s fishing guide. 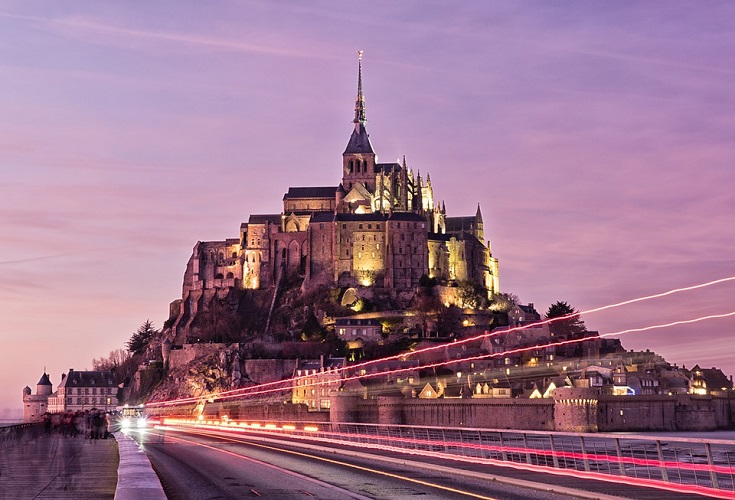 If you have read and enjoyed author Angela Carter’s 1979 tale The Bloody Chamber, an extreme adaptation of the Bluebeard fable, then you must see Mont-Saint-Michel. Veteran visitors note that this “mysterious medieval monastery…mirrors the Marquis’ castle setting” described in the torrid tome. While this sturdy stronghold does not actually include a horrific chamber stacked with severed heads, it does include a beautiful Benedictine Abbey that has been a popular pilgrimage site for centuries. It has also inspired Disney’s well-known Tangled animation. Want to make it romantic? Venture there via a lovely, local Maringote horse-drawn carriage. 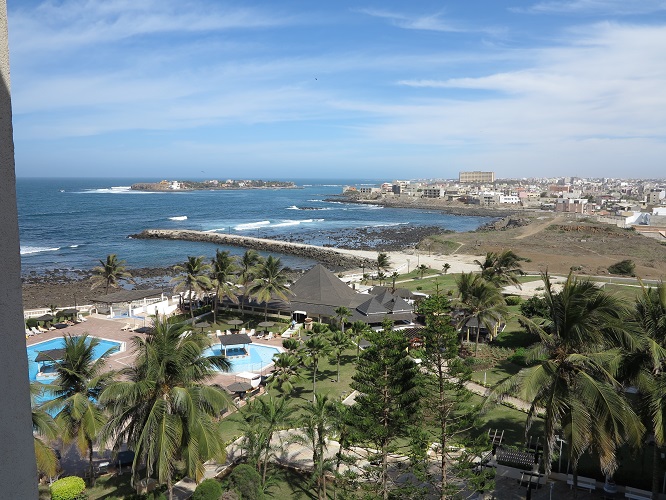 Dakar’s colors, culture, and various patterns are presented in the popularly perused pages of the work Fatou and the Kora: A Modern West African Fairy Tale. This is a terrific tale of a truly tenacious young lady who is forever forbidden from learning how to play her dad’s African harp (or kora) because of her culture’s traditional gender roles. Naturally, being a feminist-approved story, she somehow secretly still learns not only how to play it, but masters the instrument to boot. Here you will discover what some describe as Dakar’s “sprawling elegance.” You will see the pastel-tinted place that was “once composed of kingdoms and empires.”.

Perhaps to the jaded, this might be a bit of a stretch. Yet upon an average initial visit, one might very well feel as if they are following in Alice’s missteps and have fallen down the proverbial rabbit hole, and stumbled upon some surreal wonderland. Nevertheless, this remarkable maximalist hotel truly takes the idea of thematic rooms to a new level.

Choose from an interesting assortment of eclectic accommodations including (but not necessarily limited to) Dracula’s foreboding lair, Wonder Woman’s wonderful room, and the gorgeous Game of Thrones suite that’s guaranteed to get to Thronies anywhere. Fairy tale fans will favor the super Cinderella’s Gown cottage which includes a beautiful bathroom within a huge pumpkin carriage and an exceptional 18-foot ball gown that serves as the bedroom canopy. Feminists, of course, might prefer to read a bit of Cinderella Liberator by author Rebecca Solnit before they dreamily drift off to a story of distinct domestic liberation. 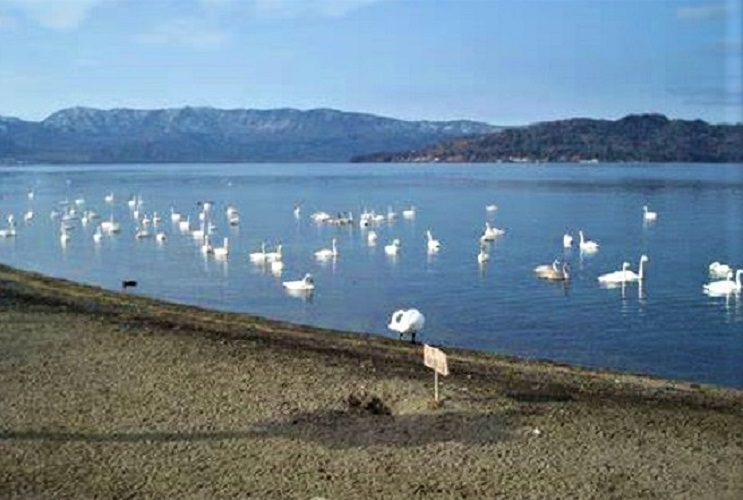 Here one can discover the beauty of Xanthe Gresham’s Wild Swans, a rewrite of the classic Andersen tale. This charming caldera lake becomes even more spell-binding in the midst of winter. For it is then that literally, hundreds of wild whooper swans arrive from Russia, to enjoy the hot spring waters.

This lake is also known as the nation’s “Loch Ness” because locals say a creature roams the lagoon here. This place mirrors the setting in Gresham’s aquatic offering of a female idol who saves both her feathered siblings and her birthplace. The author trashes the evil stepmother concept and that of female protagonists scoring a hubby, but at least stays true to the idea of a storybook “happily ever after ending.”

Top 8 Cruises From Around the World

The World’s Most Alien Looking Spots