Well, move over underwater restaurants, theme restaurants, hidden passageway restaurants and a bunch of other quirky eateries. The newest, latest buzzing dining fad is sky restaurants. Yes, you read that right. Eating in a gravity defying, mid-air suspended restaurant is getting a lot of people excited. The entire experience spells fun, excitement and novelty. Imagine tucking into a hearty meal smack in the middle of the sky, surrounded by stars and clouds.

Nope, this is not fantasy. Sky restaurants are a reality. And a very popular one at that. They are like nothing you’ve ever done or experienced before. Dinner in the sky options are actually available in more than 45 nations (yes, you didn’t read that incorrectly) including India, Australia, South Africa, Mexico, Dubai, Japan, Canada, Brazil, China and United States.

How does the concept of dinner in the sky work? For starters, a flying table is let out in the middle of air. This serves as the venue for a super astonishing dining experience. This is an enjoyable and exciting fine dining opportunity, in a superbly exhilarating set-up. A lavish spread and breathtaking views of the city’s skyline, what else does a traveler want?

You can catch sweeping views of the city’s skyline, while taking magnificent pictures of your Instagram feed. And while you gather lots of photogenic stuff for your social feed, you can feed yourself too.

The sky restaurants suspend a maximum of 22 diners in the middle of the air through a huge crane. The meals are prepared mid-air by a chef, which is then enjoyed with a lot of enthusiasm and excitement.

The table is actually picked up to a height of 165 feet with support from a telescopic hydraulic crane that can lift up to 120 tons. This is almost 15 times the weight of a standard 9×5 table (with the weight of people).

Yes, we know what you’re wondering? Patrons are actually safely strapped to their seats with the help of seatbelts. They are served by about 2-3 daredevil waiters mid-air, who are seen darting back and forth from customer to customer. Guests get to choose their location, and enjoy panoramic vistas of the location they pick. How wonderful right! You bet it is. The food isn’t just scrumptious and lip-smackingly good, but the entire experience is nothing short of phenomenal.

While some cities have multiple sky dining locations, guests can pick where they want to suspended in air, and enjoy views in and around their chosen region. You thought that’s all, right?

Wait! Every seat has the ability to recline and even rotate to 180 degrees so diners can enjoy or soak in the experience even more.

A chef, entertainer and about 3 waiters safely work in the middle of the table, which has been fitted with a tiny oven for making the food. Yes, the food is freshly cooked in a oven placed in the center of the table. Amazing, isn’t it? Now you know why the concept has gained tremendous popularity throughout the world.

If you are concerned about the safety of this seemingly unreal or preposterous project, don’t worry any further. The sky restaurant employs the highest safety standards. Each cable is first doubled, followed by each attachment being certified with a thorough warning system. This makes for a safe and memorable experience.

While some people have said their vows mid-air, others have watched concerts suspended in the air (you’ll be awarded the best views of the concert undoubtedly). You can explore the beauty of the night or book a sundowner mid-air seat. There are different options available for different times through the day depending on how exactly you want to explore the destination.

How did it all begin?

In 2007, David Ghysels, the founder of a marketing firm tied up with Stefan Kekhofs, a well-known bungee jumping facilitator for creating an aerial system for dinning on behalf of the Jeunes Restaurateurs d’Europe association. A short while later, inquires started pouring in for the duo by enterprising folks who wanted to copy their model of dining in the air.

Like smart entrepreneurs, the duo decided to franchise their idea or concept of aerial dining. Unbelievable as it may seem, people were actually bored of going to the same places again and again for dining. They wanted to enjoy a more innovative and novel dining experience. People sought completely off-beat dining experiences, and these guys didn’t fail to capitalize on it.

Over a period of time the Belgian novelty eatery arranged over 5,000 events in varied world destinations, including Paris, Cape Town, Bogoto, Sydney, Sao Paulo and Dubai. The unique, one of a kind experience has had France’s most acclaimed Chef Joel Robuchon, hosting Prince Albert of Monaco. There were lots of creative concepts introduced as a result of this spectacular dining concept.

In January 2013, plans were in the offing for building a new permanent Las Vegas location smack in the middle of the city (the Vegas strip anyone?). The brand new location came at a price of $4 million, and included converting an office into a restaurant and bar. There was a huge ceremony in 2013, and thus the Las Vegas eatery became the firm’s first fixed location.

The surreal story that began as a mere dream has now become an exclusive experience that has featured everywhere from chic travel and lifestyle television shows to travel books. There are a lot of product launches, branding and business events also conducted on these mid air suspended platforms.

How much does dinner in the sky cost?

Dinner in the Sky is priced at about $289/person, though you should inquire for further details as prices can be dynamic and fluctuating.

While some people swear by its novelty and exclusivity, others are of the view that isn’t anything but gimmickry that is selling the concept like hot cakes. Well, what is it they say about one man’s food being another’s poison.

So, next time you’re in a destination that has one of these unique dining experiences, and you crave to do something different and offbeat, you know where to head, right? 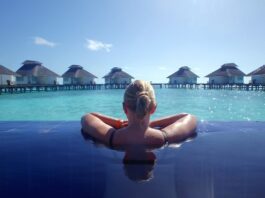 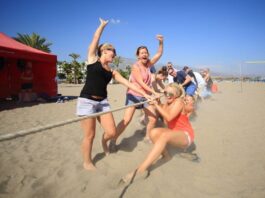 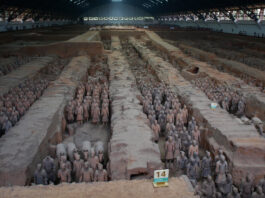 Ancient Unsolved Mysteries Of The World

ABOUT US
We are here to guide your dream Vacations Follow us to See All Best Destinations That Help You Plan Your Vacation to Add Your Bucket List
Contact us: addtobucketlist@gmail.com
FOLLOW US
Travel Tips to Make Your Adventure Unforgettable.