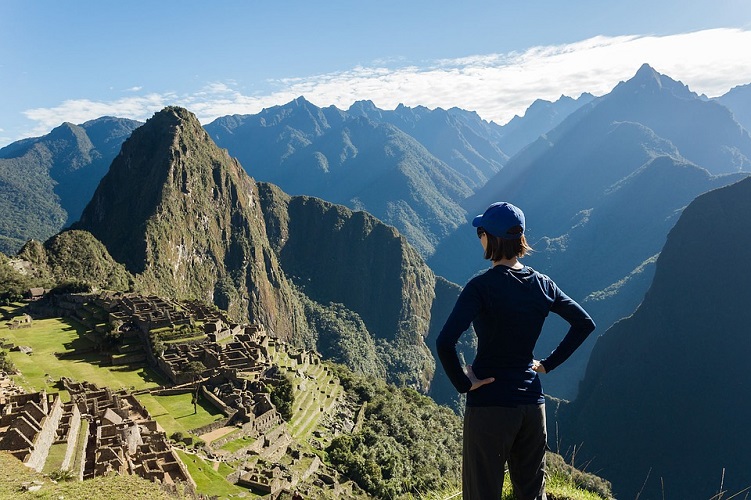 Many travelers’ bucket lists include these iconic destinations.  When it comes to most places on the planet, you can choose your activities according to your abilities and comfort zones.  These 12 bucket-list trips, however, are actually surprisingly difficult for people to accomplish.

Bucket-List Trips That Are Actually Difficult 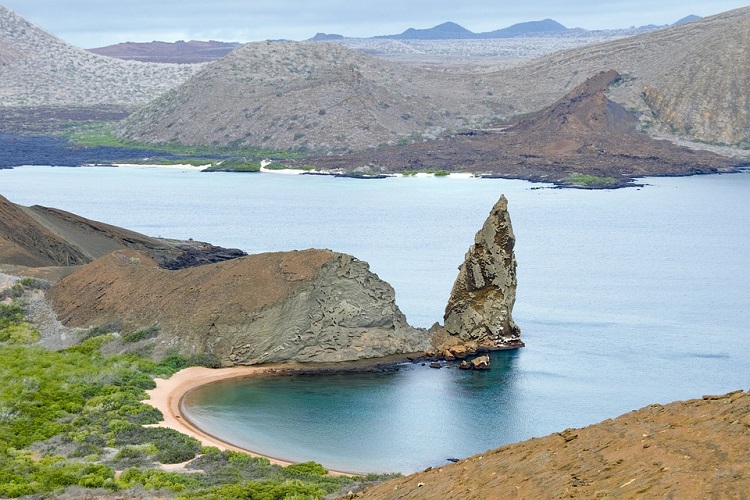 Ships that travel these islands are smaller and less comfortable.  Passengers will notice the list on rough seas.  Additionally, to see each island’s endemic species here you need to take pangas or Zodiac-style boats from the ship to the shores.  It requires both agility and balance to land since most of the island shores do not have docks.  They have slippery, uneven rocks.  Furthermore, hiking through the lava tubes and fields requires steady steps to avoid sharp landings. 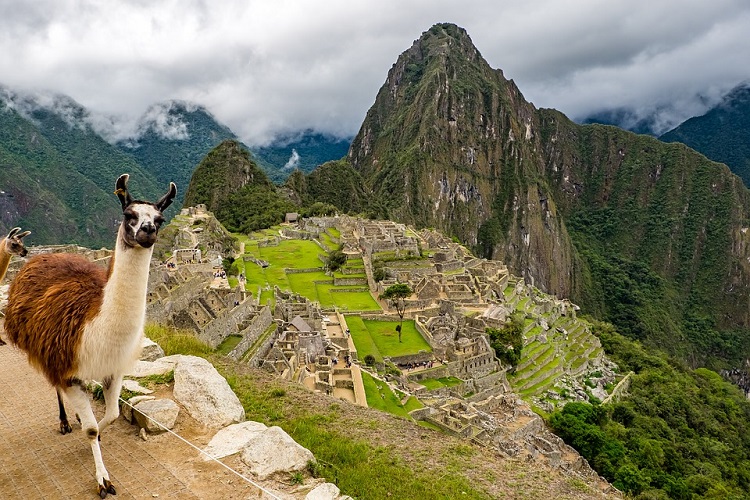 Visitors are only given four-hour entry period tickets.  Thus, the giant stone steps of the ruins become more of an issue for one’s hips and knees since there’s more pressure to move quickly.  Walking sticks and hiking poles are generally not permitted in order to preserve the ancient stones.  Handrails are few and far in between too.  The only restroom is outside the gate and once you leave you will not be allowed to re-enter. 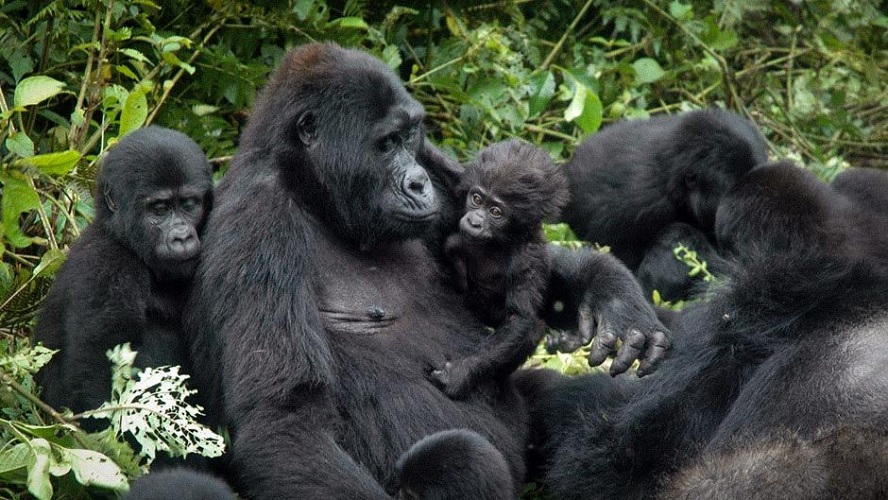 The Bwindi Impenetrable Forest in Uganda is not easily accessible to those who aren’t prepared.  The hike is very challenging with uneven, wet ground, waist-high foliage, and 75-degree inclines.  You could end up hiking for nine hours to locate your gorilla troop.  Treks in Rwanda’s Volcanoes National Park might be easier but are always at a significantly higher elevation and permit fees are more than twice as high as in Uganda. 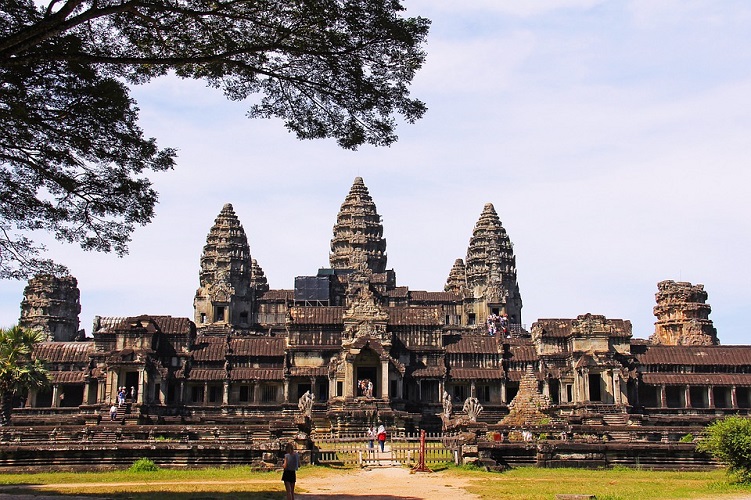 Exploring these ruins will have you on your feet in the hot sun most of the day.  Many of the century-old temples have steep stairs and treads that are smaller than many people’s feet.  Some steps are so high you may have to use your hands to aid your struggling thighs and knees.  Even Angkor Wat’s third tier, now covered by modern staircases, remains steep, and those afraid of heights may miss out. 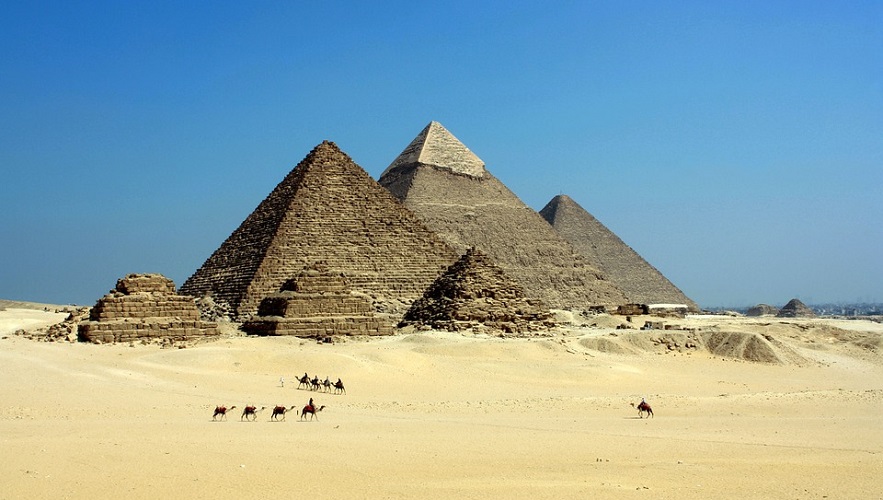 If you have sore joints, entering some of these pyramids could be difficult as you will have to crouch down inside the little, narrow passageways.  Even those with wooden slats or stairs to prevent your feet from sliding are noticeably steep.  Additionally, the tombs can often be stuffy, hot, and can even smell of mold. 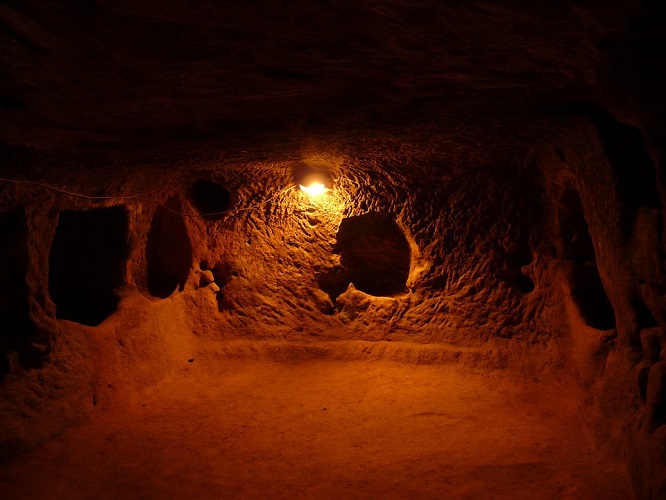 Cappadocia’s wonders belong on any bucket list.  Most travelers choose to visit Derinkuyu, which once accommodated 20,000 people 18 stories underground.  This is partially because you can actually stand at your full height in most of the rooms.

Unfortunately, you will still have to crouch to go through tunnels and doorways.  Furthermore, some of the stairways are steep and without handrails.  Above ground, the explorable castles have steep stairs, and you sometimes have to climb ladders too. 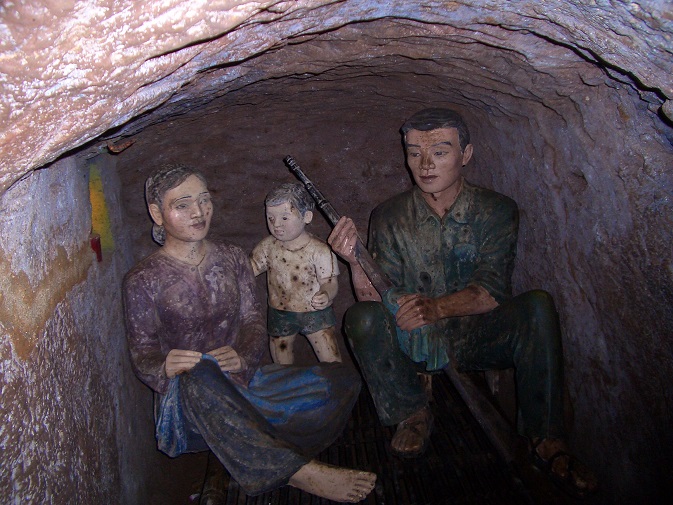 The underground tunnel system used during the Vietnam  War can be challenging for some visitors.  There are government warnings posted before the tunnel entrance telling visitors not to enter the underground tunnels if they have asthma, arthritis, cardiovascular disease, high blood pressure, or rheumatism; if they have a fear of small spaces or the darkness; or if they’ve had too much to drink.  You shouldn’t enter the tunnels if you can’t walk in a crouched position either. 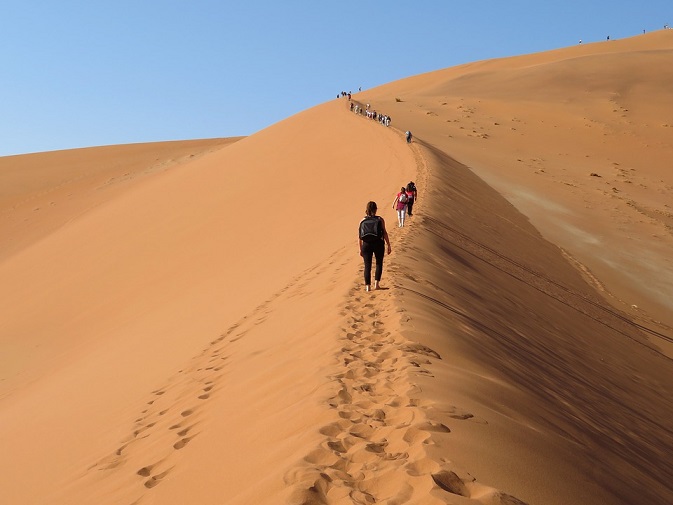 Namibia not only has safaris, and rare elephants, it also has the world’s largest sand dunes, including the famous, 1,066-foot-high Big Daddy. Most travelers climb Dune 45 which is only half the height of Big Daddy.  Climbing them is surprisingly slow and takes a lot of time, even without the heat of the sun.  It requires endurance to say the least.  You sink down into the sand up to your ankles and slide back one or two steps with every single step forward.

9.  The Argentine Side of Iguazú Falls, Argentina 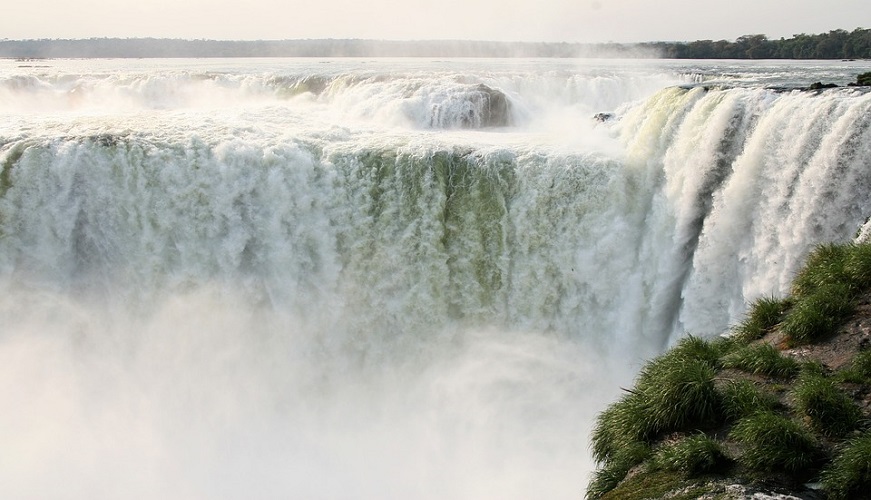 Iguazú features roughly 275 falls.  It’s almost three times wider than the famous Niagara.  Ideally, you want to see a whole day on the Argentine side and maybe half a day on the Brazillian side.  The latter is easier as you can avoid climbing nearly all the stairs and take the elevator.  On the Argentine side, you have to take steep slippery paths for up-close views through the forest. 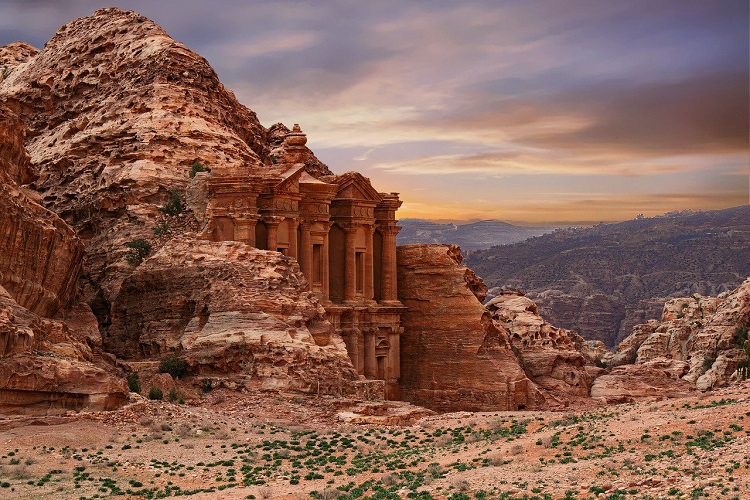 These famous 2,000-year-old Nabatean ruins are another favorite on our list.  You need to hike a mile downhill to see the Treasury, then uphill in the sun to go back.  You can rent a camel, donkey, or horse but there is often a question of ethical treatment.

Concerned parties can rent a golf cart too but they must be reserved in advance.  If you want to see the entire 23-square-mile site, plan on hiking in the sun.  The must-see Monastery has 850 stairs to climb too. 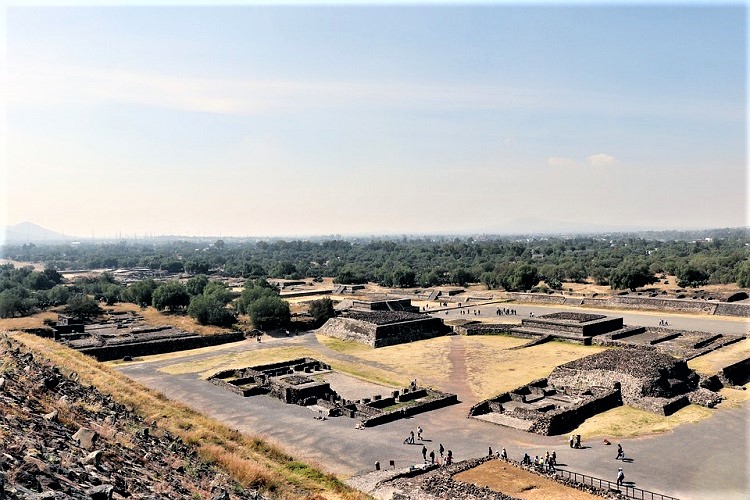 This pre-Aztec city is Mexico’s “most-visited archeological site.”  If you can hike three miles you can see Teotihuacán (“City of the Gods”) on the long Avenue of the Dead.  Most visitors want to take in the views from atop the third-highest pyramid on the planet, the Pyramid of the Sun.  Be aware that the stairs are steep and the so-called “handrails” are nothing more than low rope. There is also no shade at mid-day.

12.  The Towers of Sagrada Familia, Spain 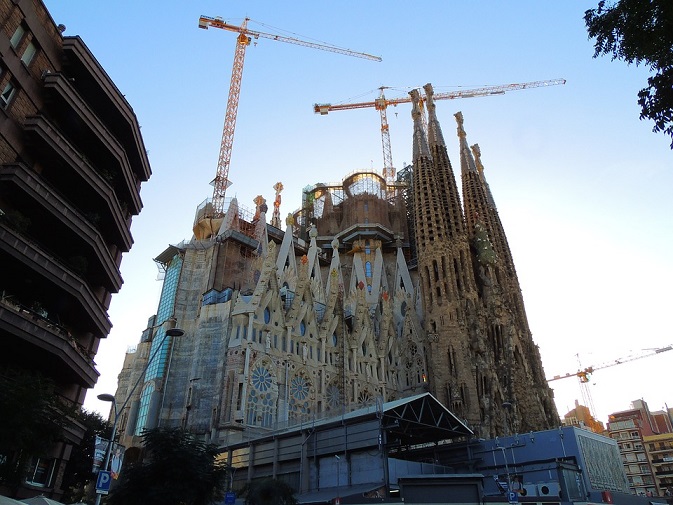 They’ve been building the  Sagrada Familia cathedral in Barcelona since 1882 and it won’t be finished until 2026.  If you have vertigo or trouble with stairs the towers here will be a problem.  The elevator will take you up, but you must walk down a snail-shell-like 504-step coiled staircase.  Veteran visitors confirm that you could be required to prove you’re capable of walking down by jumping up and down several times.  Children under age six are not permitted to enter.

14 Fall Road Trip Destinations For Stunning Scenery In The United...